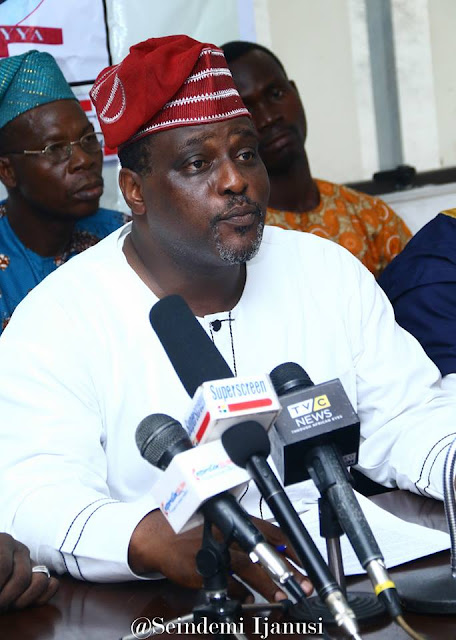 The Nigerian Police is about to deal a major blow to our democracy under the watch of President Buhari, the Chief Security Officer of the Federal Republic of Nigeria. It is very unfortunate that our democracy is being threatened by the actions or inaction of those who are meant to uphold it.

The distinguished Senator Rabiu Musa Kwankwaso intends to pay a visit to his home and senatorial district in Kano Central and the Police Commissioner, Kano State Command is “attempting” to stop him. We wonder why Senator Kwankwaso should be disallowed from visiting his senatorial district. It is now close to three years!!

The reason given by the state Police Commissioner, Rabiu Yusuf, that Kwankwaso's visit would cause chaos is spurious and tainted with political coloration and as such it is unacceptable. We the members of the Kwankwasiyya Movement in Lagos State, along with all well meaning Law abiding Nigerians hereby condemn in strong terms the decision of the Kano State Police Command restricting and halting the proposed visit of Senator Rabiu Musa Kwankwaso to Kano tomorrow Tuesday 30th January 2018.

It is unacceptable the spurious reasons given by the police leadership in Kano because Senator Kwankwaso and his millions of supporters are law abiding citizens. Kwankwaso remains a hero in Kano where he was a governor and where he left a legacy of service to the people.

As such, his visit after such a long time would naturally be a delight to the people of Kano in general and those of his senatorial district in particular. Could the strange behaviour of the Police be a confirmation of the report we have received that the Kano State Governor, Dr. Abdullahi Umar Ganduje had gone to Abuja with a phantom programme of events which he apparently intends to carry out in Kano from 27th of January 2018 to 2nd of February 2018 thereby coinciding with the scheduled date of our leader’s visit? If so, then it is obvious that it was done merely to subvert the visit and ostensibly recruit some members of Mr. President’s staff and security agencies to help him fight his proxy “political” war against the distinguished Senator.

One is therefore tempted to ask, why is Governor Ganduje afraid of Senator Rabiu Musa Kwankwaso’s visit to Kano? Who else is afraid of the Senator’s popularity in Kano and beyond? Is there anything that they know which we don’t? Or have they kicked off their 2019 campaigns and shown their hands and undemocratic tactics early? Governor Ganduje as Chief Security officer of Kano State must come out clean and openly convince everyone that it is unsafe for Senator Kwankwaso a former Governor and now a Senator of the Federal Republic to visit his home state.

Of course, everyone knows that the decision by the police is motivated by politics, a development that is a clear danger to democracy and the popular will of the people. We therefore reject in totality the fear mongering being dished out in Kano by the police command because it is partial, ridiculous, false and anti-people.

Therefore, we demand a letter from the Kano Police command clearing Senator Kwankwaso to visit his home state or they will not only risk throwing a major spanner in our present democratic dispensation but also will have to contend with the legal implications because their action certainly will infringe on Senator kwankwaso’s fundamental rights to assembly, movement and association as guaranteed by the Constitution of the Federal Republic of Nigeria which both President Buhari and Governor Ganduje swore to uphold and protect.
LADIPO JOHNSON
LAGOS STATE COORDINATOR
KWANKWASIYYA