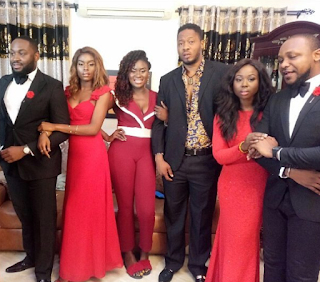 He made the announcement on social media with a stunning photos of the cast that includes Rekiya Atta, Keira Hewatch, Sika Osei, Melvin Orji, Prince Okafor and others.

The TV series, produced by Diamond Groove pictures, tells the story of the Nigerian class system, following the lives of everyday people, from the rich and famous to those at the lowest rung of the ladder. The show builds on storylines of betrayal, deception, corruption in high places, and love that unites all. It is designed to bring together families of all tribes, races and religions in understanding the common challenges faced by families regardless of their status or background.