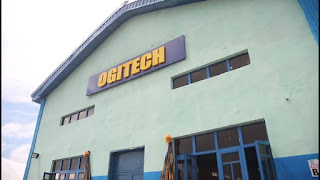 The Coordinator, #TakeItBack Student Movement, Ogun State Institute Of Technology (OGITECH), Clement Olayemi on Wednesday alleged threat to his life for carrying out activities as the coordinator of the movement on campus.

He alleged that the threat can be traced to the Dean of Student Affairs of the  institution, Ogun State Institute Of Technology (OGITECH), Mr Oluyemi Odutola.

In a publication by Sahara Reporters entitled “Ogun Technology Institute Dean Of Student’s Affairs, Odutola, Threatens To Rusticate Student For Participating In Protest Against Rape, Opposing Management’s Anti-students Policies”, Mr Oluyemi Odutola was alleged to have threatened Clement Olayemi, an SLT student for participating in a protest against rape.

Sahara ‪Reporters reported that Odutola in a telephone conversation with Olatoye also accused him of having a close relationship with Omoyele Sowore, publisher of SaharaReporters, whom he claimed was against the President of Nigeria, Muhammadu Buhari.

However, new development surfaced when Afolabi Stephen, a public administration student and close friend to Clement Olayemi came out to disregard the news which he called 'fabricated story by the #TakeItBack movement in collaboration with Sahara Reporters.

In a phone conversation with Afolabi Stephen. he told, GistIsland his side of the story saying;

“Clement Olayemi is a very close friend, I called him with my second number that day, I was so surprised he asked who was talking and then I decided to prank him, saying I'm the DSA of the school. I noticed he was short of words and in shocked, I proceeded by saying you're a member of a forum off campus, you went for a protest.

“In a nutshell, I began to say things that I know about him as a close friend, I threatened him to tell me names of his friends who are also comrades and he did without hesitation. I asked him to come and face the panel the next day and I hanged up. After about 20 to 30 minutes, I called him back and revealed my identity to him and he got really angry, I apologised and that was all.

“It was a funny scenario and I laughed at it repeatedly and thought of doing it to another friend, I picked up my phone again and called another  friend Job Ubah, I did the same but he was so reluctant in mentioning names, denied knowing anything about some of the questions I asked him. I also asked him to come and face the panel the next day and I hanged up, after 20 to 30 minutes again, I called him back as well and informed him I was the caller.

“Funny enough, it was after that day, a link to Sahara Reporters was sent to me, also a tweet from Sowore saying the  DSA called my friend and threatened him. I was surprised because I knew it was false allegation. I reached out to my friend immediately but at first he denied knowing anything about the publication. After rectification, the post and sowore tweet were pulled down.

Gist Island Online Journal went further to ask why the news had become the talk of the institution since the post was pulled down.

Afolabi Stephen expressed displeasure when he saw a release by his friend entitled “#OGITECHSAGA: What Actually Happened”. In the release, Clement affirmed that he has the recording and he was indeed threatened by Mr Oluyemi Odutola.

Also, another release from #TakeItBack with the title, “#TakeItBack Movement Stands With Comrade Olatoye Clement; Any Attempt To Victimize Him Or Any Other Student Activist Would Be Met With Full Resistance.” This became unbelievable to me, he said.

It was gathered that Afolabi Stephen wrote an apology letter entitled, OGITECH: Apology letter to the “Dean of Student Affairs” and was made available to NEWSDIRECT.

In the same vein, GistIsland put a call through to Job Ubah, the second  caller Afolabi Stephen reported to have pranked alongside Clement Olayemi.

Job Ubah, who spoke with GistIsland affirmed that he was called, threatened and asked various questions from a caller who identified himself as the DSA.

According to him, “At first, I thought it was the DSA of the school, I was shocked but relaxed. The caller identified himself has Mr Odutola and asked me to be in school the next day to face the institution panel.

Few minutes later, the same number called and laughed at me, I still didn't get it until he said don't you know this is "Stigga" (Afolabi Stephen). We spoke about other things and that was the end.”

A lecturer of the institution who wants to remain anonymous, while commenting on the issue of the alleged threat termed it as a 'mischievous act'.

The lecturer believed that the student who alleged the DSA intentionally wants to turn the heat on him. “I am extremely worried why the student decided to pick on the DSA,  as far as I know, the DSA have not swing in a rumor like this, we are all in doubt if he ever threatened the student, after reviewing all evidences.

He requested that GistIsland call back the next day to hear him out. GistIsland, however, called the next day but instead, Clement Olayemi refuse to say anything regarding the story. He did not affirm nor debunk the story.

All efforts to to reach the Institution DSA, Mr Oluyemi Odutola proved abortive, his phone number was out of reach at the time of filing this report
Home