'I will not let you down', APC Senatorial Candidate', Tokunbo Abiru 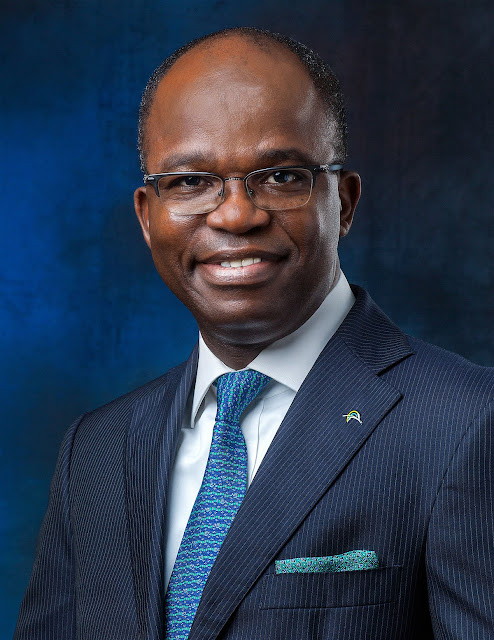 The All Progressive Congress, APC Senatorial candidate, Lagos East, Me Tokunbo Abiru, has expressed his heartfelt gratitude to the party functionaries and supporter after scooping a landslide victory at the party primaries held on Thursday, September 3, 2020.

Abiru had polled 111,551 votes to emerge as the senatorial candidate for the October 31, bye-elections to replace the late senator Adebayo Osinowo, who passed away on June 15,2020 after a brief illness.

In a statement released by the new candidate, Abiru stated that his emergence as a candidate in the forthcoming senatorial bye-election is a significant achievement in his personal journey.

Today is significant in my personal journey and in the history of our great party, All Progressives Congress (APC), especially in Lagos East Senatorial District. My deep gratitude and humble appreciation goes out to our leaders and members across the district who have trooped out en masse to ratify my candidature as the APC flag bearer for the Lagos East senatorial bye election scheduled to hold on October 31, 2020.

This decision is no doubt an expression of confidence in me, a confidence and trust which as a loyal party man, I will live day and night to earn, justify and protect. Given this great expression of trust, let me first appreciate all our members for coming out in good number to affirm me as the party flag-bearer.

This is an attestation to your firm belief in our great party and its leadership.
Even though all other aspirants graciously withdrew from the senatorial contest in the interest of our party, our members in Epe, Ibeju-Lekki, Ikorodu, Kosofe and Somolu could still choose to vote against me. That is the power the people hold in a democracy. Overwhelmingly, however, they decided to affirm me, thus attesting to their belief in the APC.

From what transpired in the last few weeks, I have learnt a lot of things about our party members. I have seen their unshakable belief in the values our party stands for. I have also seen teeming support for the direction our leaders at all levels have been providing to bring about much-needed development. I have witnessed their desire to elect leaders, who can avidly deploy their offices to seek the common good of all.

I must therefore say this ratification is your victory. We must bear in mind that this is the first phase in the senatorial contest. Already, the Independent National Electoral Commission (INEC) has scheduled the second phase of the contest for October 31, 2020. Let me plead with you all that we must all come out in good number on this date in support of our party and me, your candidate for the senatorial election in Lagos East.

Specifically, let me commend all my brothers, who sought our party nomination for Lagos East Senatorial Election but who in the spirit of sportsmanship and in the interest of our party withdrew from the contest and threw their political weight in its entirety in support of my aspiration. I must confess that this is a mark of honour, which I will forever appreciate.
I must also appreciate the Chairman of Lagos APC, Alhaji Babatunde Balogun and all members of the State Working Committee (SWC) and State Executive Committee (SEC), whose hands have been on the plough in the last two months to organise this exercise without acrimony and disharmony. Without them, we could not have been able to conduct seamless and successful primary elections.

All our leaders in the Governors Advisory Council (GAC) have been wonderful and exceptional. They have provided rare leadership, counsel and wisdom that culminated in the success of this exercise. They worked closely with the State Working Committee to ensure the process through the APC candidate for Lagos East Senatorial Election emerged did not lead to disaffection among the aspirants.

My appreciation also goes to my dear brother, the Governor of Lagos State, His Excellency, Mr. Babajide Sanwo-Olu for steering the affairs of our dear state in line with the manifesto of the APC, the laid-down vision and development plans of our leader and his THEMES Agenda. Since our party leaders began this nomination process, His Excellency has provided unflinching support for Lagos APC at all times to ensure a peaceful, harmonious and unifying process.

Finally, I am in no small measure indebted to the National Leader of our party and Governor Emeritus of our dear state, Asiwaju Bola Ahmed Tinubu. He has been providing sterling leadership for the APC right from its conception to date. In all ramifications, he has been a leading light not only to Lagos State, but also the federation at large.

This was again made evident in an interview a former Secretary to the Government of the Federation, Mr. Babachir Lawal granted Sunday Punch about fortnight ago. In that interview, Mr. Lawal attested: “Asiwaju is a colossus of Southwest politics. If he had said there would be no merger in 2013, there would not have been any merger we now refer to APC.”

With this testimony and numerous others, history will affirm the place of Asiwaju Tinubu in the conception, birth, growth and consolidation of APC. With Asiwaju’s immense contribution, APC is now a ruling party at federal level with control of 21 states of the federation. This is a great feat historians will document as part of the political evolution of Nigeria.

I can not end this address without putting on record and appreciating the love and support of my dear family-my wife Feyisola and children, my brothers and sisters, my mother and the entire extended Abiru family. I honour the memory of my late father Justice M. A. O Abiru who was elected Senator between 1979 to 1983 and his life and legacy which continues to inspire all of us.

Most sincerely, I thank you all for your support and promise never to disappoint you.