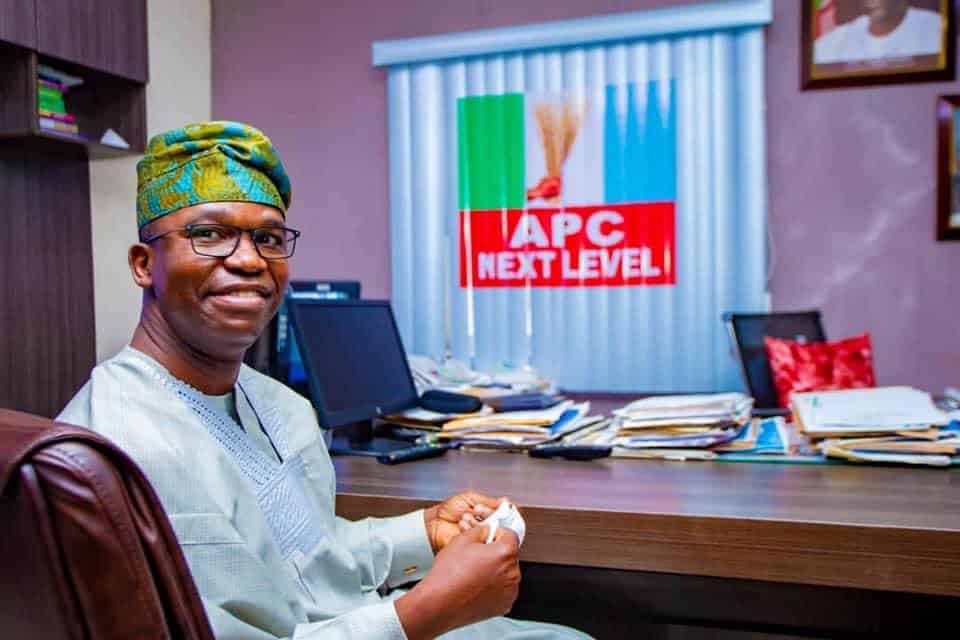 The All Progressive Congress, APC has reacted to the rumour that the senatorial candidate for the forthcoming Lagos East senatorial elections, Mr Tokunbo Abiru is enmeshed in a legal battle that questions his eligibility to contest at the elections.

In a Press Statement issued by the party Publicity Secretary, Hon Seye Oladejo. Lagos Chapter, the general public are advised to ignore the concocted rumour being peddled by traducers, who are bent to distract the said candidate; a move that is dead on arrival.

Our attention has been drawn to an online report by an unknown blog alleging that a suit has been instituted challenging the eligibility of our candidate, Mr. Tokunbo Abiru, to contest for the Lagos East Senatorial Election on account of a purported double registration as a voter ..

The allegation as contained in that report is not only false but we find it laughable. It is apparent that the Plaintiffs have not availed themselves the original copy of the Electoral Act 2010 (As amended).

We understand their panic, fear and unease on account of the overwhelming and calamitous defeat that awaits them on the 31st of October, 2020. They should do well to ask the Traducers of Willie Obiano (of Anambra State) and Yahaya Bello (of Kogi State) and avail themselves of several other Court decisions in that respect.

Let them continue to chase shadows while we remain focused as we campaign and gather support in the nooks and crannies of the Lagos East Constituency.

We assure our teeming supporters and the entire electorate that our candidate's eligibility is unassailable and by God's grace, he will emerge victorious at the election come 31st October, 2020.