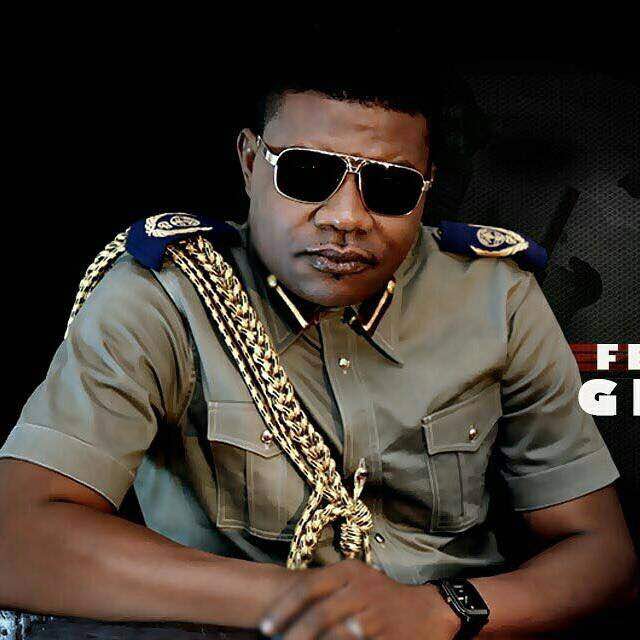 The Creative Industry Group has reacted to the news going around, about the authenticity and legitimacy of functions of the group, by Nigerian singer Felix Duke, describing his foul cry as laughable and petty.

In an attempt to undermine the credence and integrity of Performing Musicians Employers' Association Of Nigeria, PMAN, and its leadership, Felix in a muddled up press statement, regarded himself as President, and unilaterally ascribed offices to his friends and loyalist, who, out of desperation, failed to do due diligence before camping with an imposter.

In a statement released on Friday, February 19, 2021, the group’s spokesperson, Nosa Omoregie, described the release as petty and laughable, lacking substance worthy of promulgation, adding that it further revealed the ruthlessness and desperation of Mr. Felix Duke to rip the industry off its hard-earned integrity and credibility.

We know that the President of PMAN, Pretty Okafor may not indulge in any sort of roforofo bad mouthing with traducers. More important is the peaceful, sophisticated, and a valued pastime that the union has guarded jealously since he assumed the office.  We know Pretty will not dignify Felix with a response and by the formidable unity among members of PMAN, no one will engage Felix in the same reductionist mentality.

However, as members of the CIG who have been observing the trend of events as they unfold, we will not hesitate to sound a note of warning to the imposter and his team of traducers who have been jumping from corporate offices to public office holders, begging for money to run paper-projects.

It's about time Nigerians got to know the crux of the matter as Felix and his team of lairs have had their cup full, and it’s about time they were treated to a whiff of their game.

For the record, this matter shall be addressed once and for all.

It is pertinent to know that while the executives of PMAN were fighting the tough battle with the outgone management (Tee Mac and Tony Okoroji) Felix Duke who was with unsuspecting Pretty Okafor and other progressives, was planted by Tony Okoroji, Tee Mac, and Orists Wiliki to snitch about every step taken by the team. This was confirmed by a credible source from Tony’s camp. PMAN was warned to be wary of a snitch, but we would discard the information as irrelevant, as trust and transparency is our key motivation.

CIG was initiated by Pretty Okafor, but the appointment process was subject to a collective decision. While Pretty Okafor suggested Felix as the coordinator of CIG, the likes of Asha Gangali, Ruggedman, Zakky Azzay, and Felix’s best friend, Sunny Neji, expressed their reservations, knowing how greedy and over-ambitious he can be. Pretty Okafor prevailed on others to make Felix Duke, the coordinator of CIG on grounds of age and experience, a decision he would regret with every fibre in him.

Felix Duke went all out to town to start begging for unsolicited supports from corporate organizations and was receiving funds in millions into his private account, but could not account for a dime.

He continued to use the platform for personal-vested interest and co-opted his girlfriend in the scheme.

The last straw was when he mobilized and staged a meaningless protest against the General Overseer of the Redeemed Christian Church of God (RCCG) in connivance with people who are not members of the CIG. Please note that no executive or member was informed before Felix Duke connived with Charlyboy and Oritz Wiliki to stage the 2019 protest, but he went ahead to execute the protest in the name of CIG.

The news got to other members of the executives who tried to call him to order, but he remained adamant.

His excesses became unbearable and an emergency meeting was convened by the group executives and PMAN to address the situation.

At the meeting, Felix Duke was directed to STEP DOWN and HAND OVER to Michael Ugochukwu Stephens popularly known as Ruggedman while the activities of CIG are being probed, a directive he blatantly refused and almost got into a physical fight with Ruggedman.

Felix Duke’s best friend, Sunny Neji, who was also at the meeting looked him in the eye and told him, “Felix, you have disappointed all of us, please step down”. Other notable witnesses include Zakky Azzay, Ruggedman, Asha Gangali, Tunde Omitogun, Pretty Okafor, and others.

Felix Duke later stormed Pretty Okafor’s private residence with his girlfriend the following morning to beg him to retain the coordinating capacity of CIG, noting that he was invested so much in the group.

Unlike Felix Duke’s personified credence to CIG, Pretty Okafor told him that the decision of who leads CIG is not a unilateral matter, but a collective decision of executives.

Today, Felix Duke has decided to create CIG within the figment of his imagination and has gone about to solicit funds from unsuspecting organizations with no verifiable project on sight.

His desperation to steal and destroy were exposed when he wrote his usual letter of support to the “Ministry of Tourism” with fake documents and the executive of PMAN was called to verify the authenticity.

Felix Duke is unlettered and lacks the requisite intelligence to actualize anything other than to beg for money. He did not inform his handlers of the risk of forgery and impersonation he's robbing them into, these are crimes that are punishable by the court of law.

Felix has claimed that the Creative Industry Group is a registered organization that also has its Trademark name registered at the Ministry of Trade and Investment. That is true. But we challenge him to present the documents before the public to back up his claims.

Will he presents the same FAKE registration sheet of paper presented before the honourable Commissioner for Information and Tourism, Folorunso Folarin-Coker, which was utterly rejected?

Mr Felix Duke was asked to step aside and hand over to Ruggedman, due to his high-handedness and inability to account for the fund, he raised in the name of the group.

His camp has continued to concoct lies so often that anything they said in defence of Felix and his regime is greeted with derision and laughter. They constantly lie and every Nigerians can see through their lies, especially when their version of events and statements are contravened by Felix Duke.

Every discerning mind will wonder why Felix has never been granted an interview to speak extensively about the Creative Industry Group or how he’s related to the movement. How does he manage a group he knows nothing about its history and core value?

Felix has gotten into the mud. That is his habitat, he belongs in the mud. Like the dirty-smelling pig, he’s used to fighting publicly and fighting dirty. So he jumped into the mud first.

“He also referred to the substantive spokesman as ‘One Nosa Omoregie’ like a stranger who just came into the picture. Let it be on record that Nosa was and has been part of the team from the day Creative Industry Group got its name at Shadare’s Gbagada residence in 2016.

“We do not expect anything less from Felix order than to direct his lawyers to challenge the audacity of CIG to operate without him in the picture. Certainly, he will not want to risk jail term by presenting fake documents to the court of law.

“We will also advise his handlers and cohorts to tread carefully, as Felix is only acting in ranting in ignorance.” He wrote.