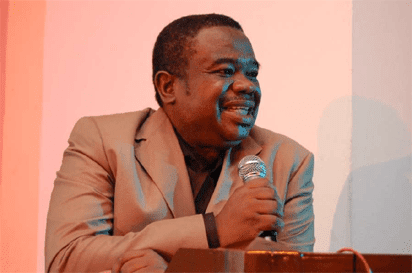 The Performing Musicians Employers Association of Nigeria (PMAN) in line with it's Copyright enforcement drive , led a team of  detectives dispatched from the Federal Criminal Investigation Department(FCID) Force Headquarters Abuja, to conduct a raid on the proscribed entity, formally known as The  Copyright Society of Nigeria(COSON), whose CMO operating license was suspended by the NCC  in 2018 due to its inability to account for Royalties collected on behalf of Musicians and Right owners.

The FCID team executed the arrest warrant promptly around 10am on Wednesday 21st of March, 2021 at the  Coson House and effectuated the immediate arrest of all COSON management team, including the   General Manager, one Mrs Bernice Eriemeghe

who fainted in police custody due to the weight  charges preferred against her.

she was later released on bail under a stiff  condition after persistent begging due to her sudden few minutes coma.

The National Working Committee of PMAN  assures all musicians  that all the  suspects will be charged to court to answer to the charges preferred against them, including COSON's Chairman, Chief Tony Okoroji, who's currently evading arrest , claiming to have been diagnosed with an unknown ailment he called  "BRAIN STROKE"

The President of PMAN, who personally led the Team of Detectives with some  other notable PMAN Executives in the Raid on COSON HOUSE,  asserts that " All Coson  bank accounts  have been frozen to stop any  further illegal withdrawal of funds by COSON management and accountants.

Furthermore, PMAN strongly advise all users of copyright works to desist from dealing with COSON in other to avoid being caught up in legal issues to the detriment of their corporate image, any user of copyright works that seek clarity in regards to the CMO to obtain license from should act in line with NBC code by contacting the regulator NCC for clarification.