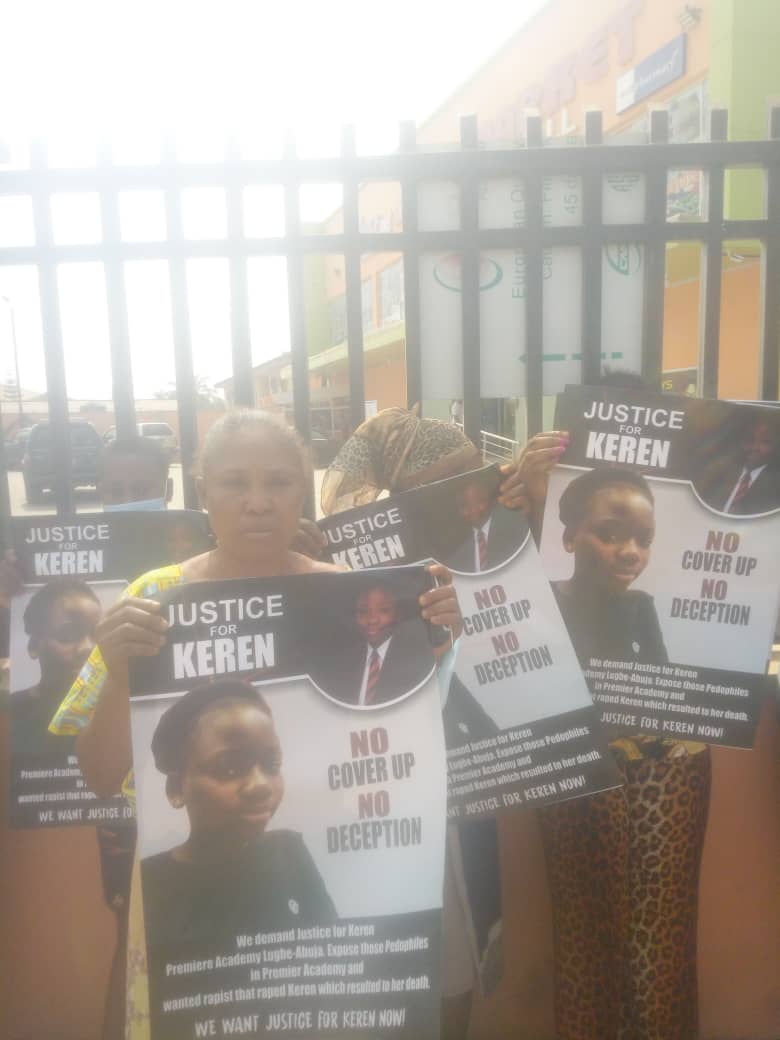 Peaceful and civil protest held in Honor of late Keren.

Punch Newspaper head office occupied as they chanted "Media must not be biased. We want Justice for Keren."

In what appears to be a promise made and a promise kept, Justice for Keren Movement has kicked off its promised civil and peaceful rally to mount Pressure on the Government and the Police to unravel whomever that raped Keren inside Premiere Academy School, Lugbe Abuja that led to her death.

"Miss.Keren-Happuch Aondodoo Akpagher, a student of Premiere Academy Lugbe, Abuja died on 22nd of June 2021 after she was raped in Premiere Academy, Lugbe-Abuja. We understand that keren was raped and equally given an overdose of glucocorticoid which led to her death. We have clearly stated previously and have constantly maintained that anyone that played any role directly or indirectly in what caused the death of Keren Happuch Aondodoo Akpagher will be brought to justice. We shall bring them all to justice and firmly hold them adequately accountable." Comrade Ikem Anthony Kalzeeni, stated. 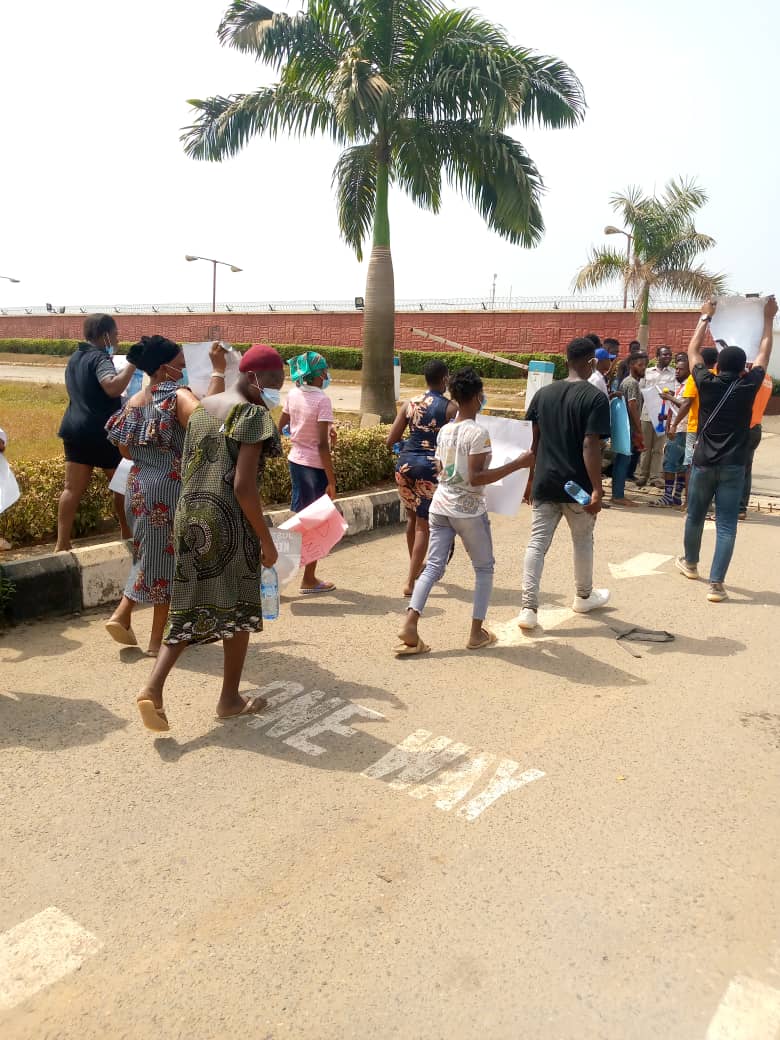 The rally which held in Lagos State and Ogun State respectively had both elderly women and young ladies chanting "We want Justice for Keren. We demand Justice for Keren". It was a well coordinated Peaceful solidarity rally that equally had both old and young men chanting "We want Justice for Keren. Whomever that raped Keren inside Premiere Academy School Lugbe Abuja should be exposed and brought to Justice" they chanted. "We have maintained that we equally want the President of Federal Republic of Nigeria, Muhammed Buhari (GCFR) to set up a Presidential panel of inquiry to investigate increasing cases of sexual harassment and rape in private owned secondary schools in Nigeria. We call on President Muhammed Buhari (GCFR) to as a matter of urgent concern, look into the ugly excalating development and come up with a proactive response to the current, increasing act of evil beyond evil going in private owned secondary schools in Nigeria, which the school authorities mostly try to cover up just to protect image and  name of School. Enough is Enough. Spokesperson for Justice for Keren Movement, Comrade Ikem Anthony Kalzeeni, stated.

In another raction, one of the lawyer among team of lawyers of the movement, John Olobayo, Esq. stated that "The Police should speedy up investigation to unravel whomever that raped Keren inside Premiere Academy, Lugbe Abuja." He stated.

The Justice for Keren Movement "Operation National Pressure Rally" which kicked off from Lagos State and Ogun State is expected to hit other states of the federation as promised by the movement Spokesperson, Comrade Ikem Anthony Kalzeeni,

"We shall equally storm the Presidential Villa, Aso Rock-Abuja with heavy protest to register our anger, heartbreak and displeasure over delayed justice and, instantly attract the attention of the Presidency to the matter where our prayer will be officially submitted to the Presidency for proactive response to our demand of Justice for Keren."

I thank you all.