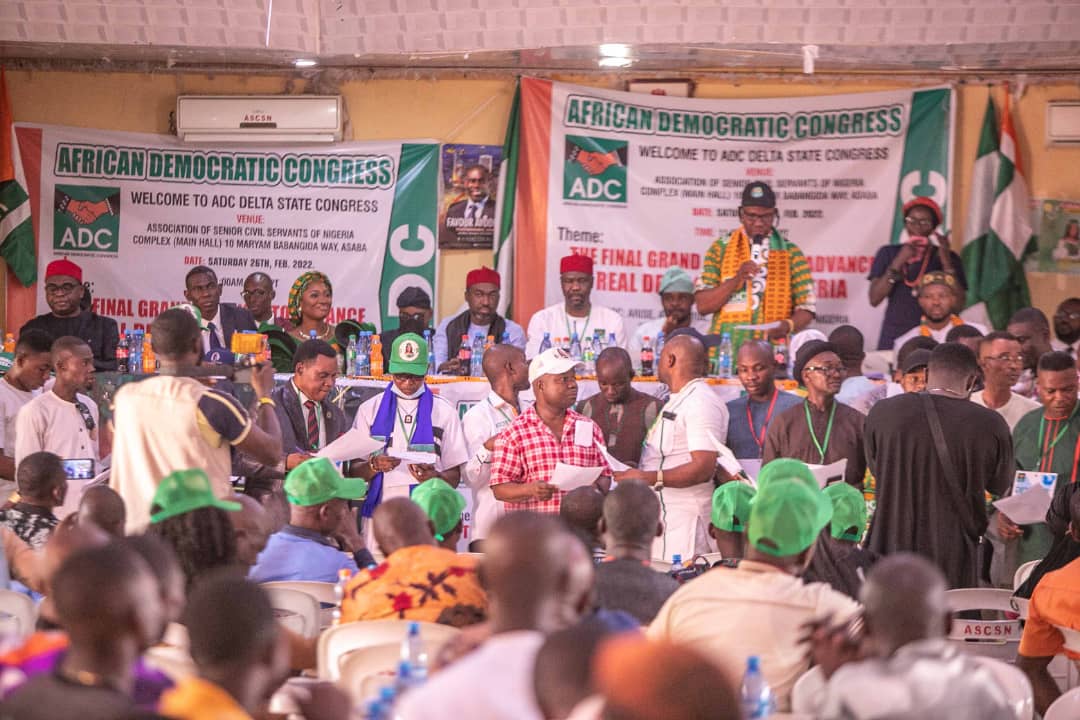 The African Democratic Congress (ADC) in Delta state on the 26th of February, 2022  held its congress in Asaba, which attracted thousands of members of APC and PDP that officially decamped to ADC as well as members of the party from the 25 local government areas of the state.

The party congress which was extremely peaceful with massive turn out of party members also had in attendance four presidential aspirants and some House of Assembly hopefuls seeking to bear the party’s flag in the 2023 general elections, including Prof. Kingsley Moghalu and Dr. Chukwuka Monye, Joyce Nasaka and Ayor Dele Favour

In his remarks, the National  Chairman of ADC, Chief Ralph Nwosu, said the congress was an avenue for the party to strategize for the forthcoming elections by looking inward for ideas and options for a better performance of the party at all levels of the next electoral process.

Chief Nwosu, who was represented by the Deputy National President, Diaspora Network, Mr. Kenneth Gbandi, noted that the party was well positioned to do battle for the presidential seat with the two leading political parties, the APC and PDP, and urged party faithful to brace up for the task, which he admitted would not be an easy one.

He commended the leadership of ADC in Delta for ensuring that the party remained united and appealed to members of the party in the state to close ranks and work together in the overall interest of the party.

In their separate remarks, Prof. Kingsley Moghalu and Dr Chukwuka Monye, both of whom are aspiring to be President of Nigeria, told party members that ADC was the only alternative to APC and PDP, insisting that the time had come for the party to take over power at the center and fix the numerous socioeconomic and security challenges facing the country.

Earlier, the State Chairman of ADC, Prince Joe Chukwu, said the party was made up of dedicated and energetic members determined to transform Nigeria and guarantee a brighter future for the citizenry, adding that ADC believed in one man, one vote and was strongly opposed to imposition of candidates for elective positions. 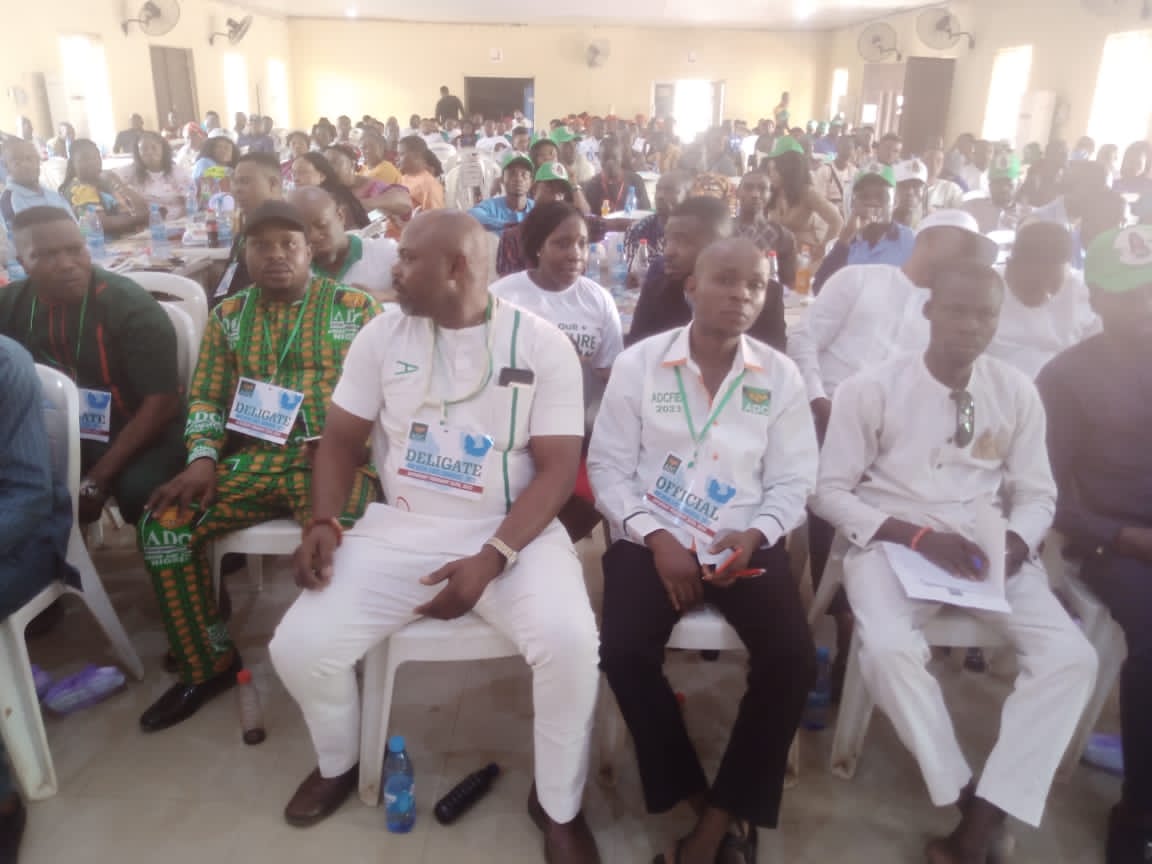 Prince Chukwu, who is also the Chairman, ADC Chairmen’s Forum in Nigeria, thanked all party leaders and delegates for their orderly conduct during the congress and urged them to join hands with the new executives to strengthen the party in the state.

At the congress, Prince Joe Chukwu was reelected State Chairman of the party, among other executive members of the state and local government area chapters.