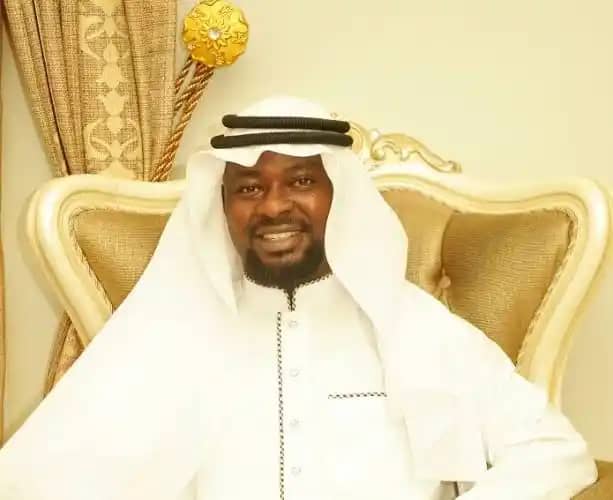 The mansion which was a birthday gift to his mother, Mrs Janet Eletu-Odibo, was christened "The Emblazoned".

This iconic mansion was specially built for his mom and the initial plan was to dedicate the mansion on her birthday which was around December, but work on the project was delayed due to an unknown reason.

The housewarming which took place on Saturday 16th of April had a lot of dignitaries and high profiles personalities in attendance.

Let's tell you that, the popular Celestial Pastor, Prophet Isreal Oladele Ogundipe was the officiating pastor. He was the special guest of the day and he supervised the cutting of the tape, as Madam Janet, who is the mother of Prince Kazeem Eletu-Odibo, became the owner of a luxury mansion called The Emblazoned. She was in a tear of joy as she cut the tape.

Let's also tell you that Prince Kazeem Eletu-Odibo's close friend, Prince Pastoryoma was in attendance with his beautiful wife. They were both dressed in white attire.

Also in attendance is the Area 2 Police AIG. He stormed the venue with his boys who ensured maximum security throughout the event.

It is also a must to talk about the unique style of Prince Kazeem Eletu-Odibo. He was clad in a white attire that can be called Benin-Edo style. His style was unique and he was the cynosure of all eyes.

Prince Kazeem is the MD/CEO of Prince Kazeem Eletu-Odibo properties which has handled several housing projects in the Osapa London axis of Lekki, Lagos. 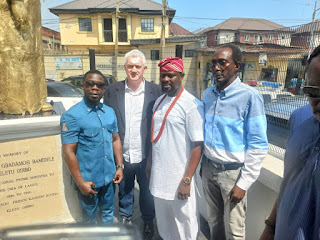 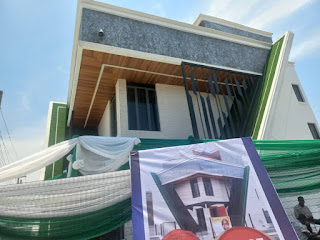