ADC Pledges To Facilitate Compensation For Traders At Dei-Dei Market. 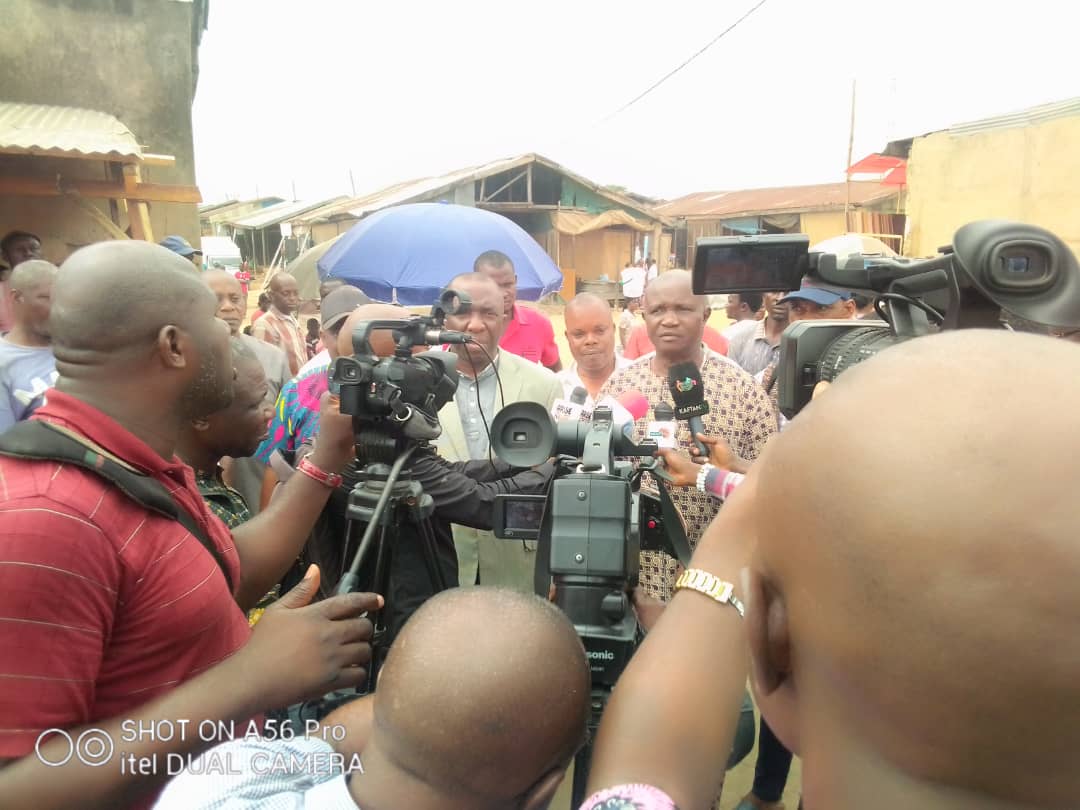 Following the crisis between traders and motorcycle riders at Dei Dei market in the Federal Capital Territory (FCT), which led to loss of lives and destruction of properties, the African Democratic Congress (ADC), has pledged to pressure the government to compensate traders whose products were affected.

ADC’s National Chairman, Raph Nwosu, made the promise when he embarked on an assessment tour at Dei Dei Market.

He promised that the party would assist in providing legal services if need be to ensure that affected traders get justice.

Nwosu said giving the revenue generated from such international market, the FCT Administration ought to provide adequate security for the products and traders.

He also encouraged Nigerians to get their Permanent Voters Cards (PVCs) and to ensure that they vote in next year’s general elections.

“While I sympathise with you on the things lost, we are going to help in anyway to ensure that the government and critical stakeholders of this country start taking action to ensure that we avoid this kind of thing.

“On the losses, we are going to make sure, and we appeal to members of the media to ensure that everything that has happened here is well documented.

“As a matter of fact, if it is possible, ADC will organise a special programme featuring everything that has happened here and show to the world, for one hour.

“Because when some of these things happen, it is important that the ordinary Nigerians know about this.

“When they know and they see somethings happening and billions of naira lost, they will adjust.

“The money lost in closing an international market in one week is almost N1.5 billion.

“We will help you in any way you want. We have bright lawyers in this country. But we are going to put pressure on government to ensure that they compensate the people.

“We feel pained as ADC. Anybody that has lost anything here means that it is Nigeria that lost as it has affecting the people who want to work hard.

“On a daily, weekly and monthly basis, government would go out; from the FCT to the Federal Government, expecting revenue internally generated from here.

“And just imagine an international market like this one burnt. Part of our problems is leadership.

“You have played your part. I just wish that the multiple ecosystem that make up the bigger ecosystem is working well.

“Without playing politics, I want to appeal to you to ensure that your members collect their PVCs and they vote. It is very important.”

Furthermore, he said: “Frankly, when ADC talks about transformation, a lot of people look at us and say what can these people do. We can do something.

“Our nation cannot continue going the way it is going and everybody will feel that it is the culture of nation building. It is not.

“Let me point out the critical things. We have a market leadership that looks after the welfare of members.

“And we have a government that seems to have no direction because if an organised system like a small market can reach out to other layers of government who are supposed to be doing something and they did something, the situation would not have escalated.

“We have layers of government; the people’s government doing their small business, organising themselves to move well.

He said since the FCT Minister, Mohammed Bello, set up a committee nothing has been heard even though he gave the committee members an expiring date.

“On the day we met with the minister, he set up a committee and since that time we have not hear anything from them even though he gave them an expiring date.

“No development yet regarding the erection of a police post even though the minister, on that day, emphatically told the police commissioner to see what he could do about it.

“We have been using our internal security both day and night. But the crisis that overpowered our security personnel.

“The cost of the damage is estimated to about N1.5 billion. But some people are still bringing their reports which we have not calculated”, he added