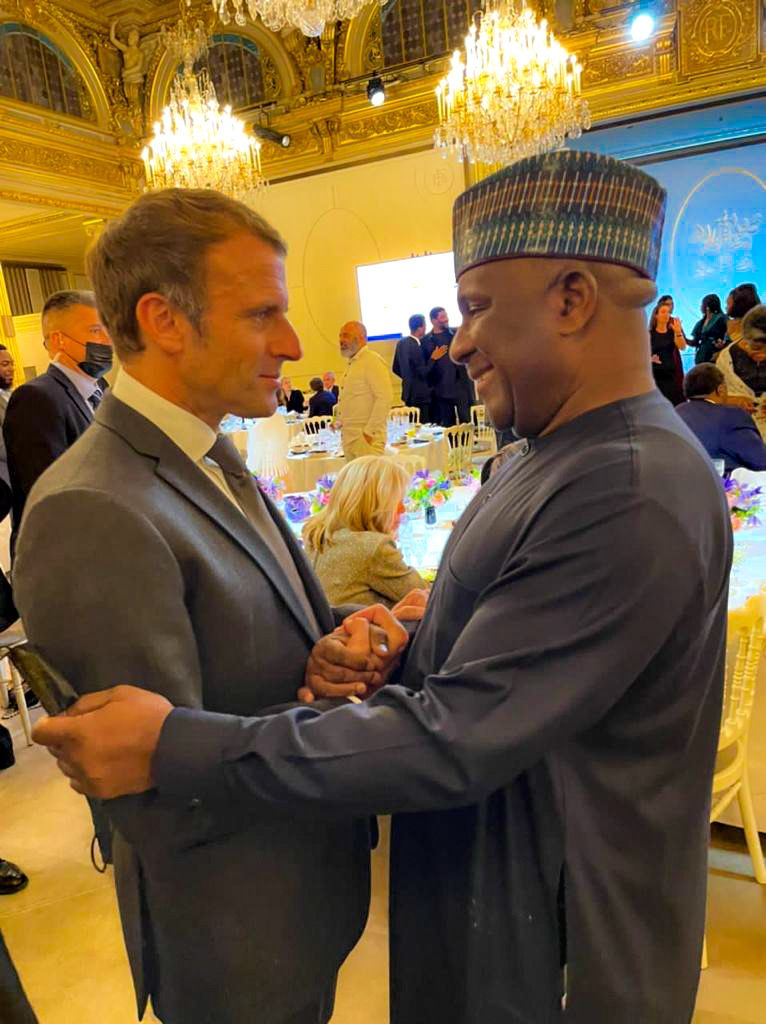 Abdul Samad Rabiu, Founder and Chairman of BUA Group, one of Africa’s largest foods, mining, manufacturing and infrastructure companies, has been re-appointed as President of the France Nigeria Business Council by President Emmanuel Macron of France.

This was announced at the July 2022 Meeting of the France Nigeria Business Council held in Paris. Addressing the council, Abdul Samad Rabiu thanked members for coming and remarked that it was a personal honour for him to be a part of the France Nigeria Business Council, and also a privilege to serve as the pioneer President of the Council which was inaugurated just over a year ago and now, be reappointed as President.

He also thanked President Macron for his support and, for reappointing him as well as Jean Haas of Relais (France) as President of the Council, and Head of the Secretariat respectively.The France Nigeria Business Council brings together the top businesses in Nigeria and France with a goal of improving business relations between Nigeria and France whilst ensuring routine cooperation that will bring about immense economic benefits for both countries. French members of the council include the Global Chief Executives of Total Energies, Dassault, Axens, Accor, CMA, amongst others and on the Nigerian side, Dr Mike Adenuga of Globacom & Conoil, Jim Ovia of Zenith Bank, Gilbert Chagoury of Chagoury Group, Aliko Dangote of Dangote Group, Tony Elumelu of UBA, Heirs Holdings and Tony Elumelu Foundation, Dr. Herbert Wigwe of Access Bank Group, Dr. Philip Mshelbila of NLNG, Sen. Daisy Danjuma of Sapetro and May & Baker, and Abdul Samad Rabiu of BUA Group & the Abdul Samad Rabiu Africa Initiative (ASR Africa) who is the current president. Speaking further, Abdul Samad Rabiu praised the progress that has been made by the France Nigeria Business Council since its inauguration and the commitment of members – despite slow global recovery, in pushing forward with various partnerships. These include plans by some of Nigeria’s biggest banks to set up subsidiaries in France, and BUA’s partnership with Axens of France to build a 200,000bpd refinery in Akwa Ibom, Nigeria amongst other key projects by members. Abdul Samad also encouraged members of this council to keep seeking for partnership opportunities, whilst planning, working together and adding value to each other so that successes already being created can be escalated for the mutual economic benefit of Nigeria, Africa’s biggest economy and, France – a global economic leader. It is also expected that Rabiu’s current tenure will see the creation of working sub-committees and sectoral groups to enhance the council’s effectiveness.