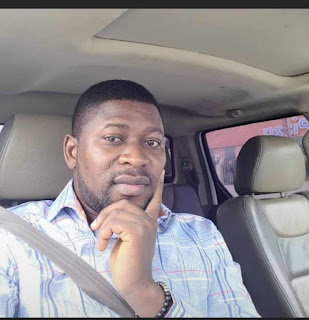 Popular journalist and event planner, Oluwaferanmi , has issued a public apology to a Lagos based car dealer, Abdul Kolawole, the CEO of KS9 Motors after a business transaction between both party went sour.

The event planner, Oluwaferanmi had reportedly contacted Kolawole for the purchase of a car and made some payment. It was reported that the bottlenecks affecting car documentation process delayed the delivery of the car, while Oluwaferanmi could no longer wait but requested a refund. KS9 could not make refund on time,since October 2020 till may 2021and based on report, he stopped picking FERANMI’scall.

This got the prospective buyer angry and he went to town and called him out on social media.Eye opener culled the report and published on her page.

Mr Kolawole eventually met with Ms Feranmi and they both settled their differences, as the latter explained why he could not make payment. Ms FERANMI has issued a public apology for whatever inconvenience her social media rant may have caused the car dealer and has also reached out to the blogger to intimate her that the payment has been made. Eye Opener also confirmed the payment on her handle on Tuesday, July 26, 2022.

“I sincerely apologise to Mr Abdul Kolawole over my social media outburst over our car transaction. I was angry when he could not make refund and stopped picking my call or replying my message after I expressed my grievance and requested for refund”. And I never know eyeopener wil take it to that extent.He has now made payment and I am apologizing for whatever my post may have caused”, she stated.C.E.O KS9 AUTOS IS NOT A SCAMMER!!!