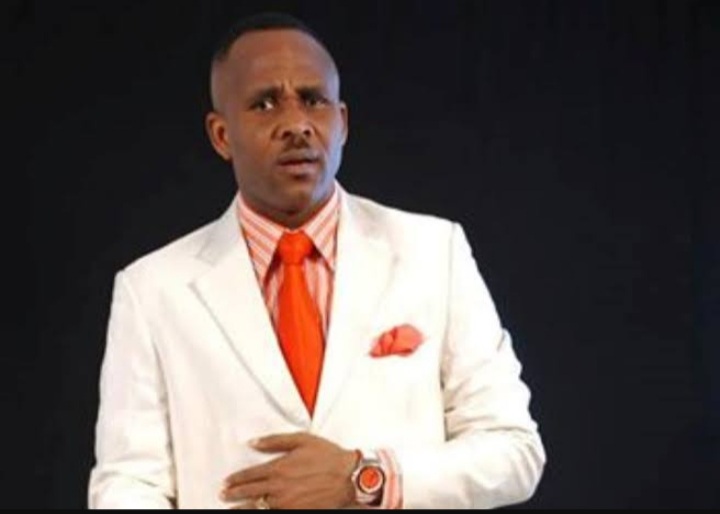 Findings have revelead that Sen. Rabiu Musa Kwankwaso’s choice of running mate, Bishop Isaac Idahosa may be his own undoing according to multiple sources.

There are indications that the presidential candidate of the New Nigeria People’s Party, NNPP, Eng. Rabiu Musa KwanKwaso, is making the move to pick the General Overseer of God First Ministry, popularly known as Illumination Assembly, Bishop Isaac as his running mate for the 2023 Presidential elections.

The Daily Trust Hausa attested to the rumour on its Facebook page on Wednesday, July 13, 2022. The picture showed Kwankwaso together with Archbishop Isaac Idahosa with a caption that presumed the pastor as Kwankwaso’s deputy that is soon to be announced.

However, sources from the political space that are rooting for Kwanhwaso have hinted that the emergence of controversial man of God will be a relief for other contesting candidate following the avalanche of controversy that trails the Bishop. 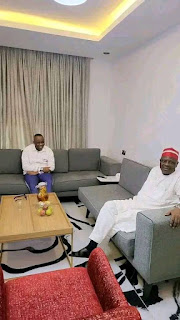 A Pro-Kwankwasiyyah analyst stated that it will be a disaster in waiting for Kwankwaso to pick a running mate with a baggage of controversy, especially as it has to do with fetish Pentecostal allegations that are bothered on sexual immorality.

A key member of the APC also told newsmen that Senator Rabiu Musa Kwankwaso picking a candidate in the likes of Bishop Idahosa is same as pushing the self-destruct button as the man of God is yet to address all the allegation of fetish practice levied against him.

“By the time the campaign starts, the NNPP would be busy doing damage control when Bishop Idahosa’s many secrets would have been leaked.” Our source stated.

Recall that in February this year, a popular televangelist blogger exposed the randy and fetish disposition of Bishop Isaac Idahosa and did a tell-all video on how the Bishop changed his name from Odiri to Idahosa.

He captioned the video, “The 1st Culprit Behind My illegal Arrest ~ Is Bishop Isaac "Odiri" Idahosa The False, Occultic & Adulterous Charlatan From Nigeria...To those of you who had fallen for his Lies & Deceptions watch this video as I expose his Immorality Lifestyle & cunning nature”.

Isaac Idahosa is a pervert; he’s a loosed man on God. He sleeps with young girls, church members and his pastors wives, all over, spreading his charlatans through sexual rituals. When he’s done sleeping with them, he picks his unmarried men in the church and forced them to marry the women he’s slept with, and claimed that the lord said so.

Popular On-Air-Personality and blogger, Daddy Freeze had at some point also mocked Bishop Isaac Idahosa’s lavish lifestyle. Just a couple of years ago, after posting a video of his convoy worth billions of naira in a country where over 150 million people are living in poverty, stating that it is insensitive for a supposed “man of god” to display arrogance, affluence, social eminence and vanity in such an insensitive manner.

Another Nigerian, based in the diaspora also posted that Bishop Idahosa is not a sellable candidate from the south, because he is not even reckoned with in the larger schemes of all the Pentecostal union.

Although with the comment of Kwankwaso on Asiwaju, Nigerians have resolved that the NNPP are not really serious in contesting in the presidency. Choosing a charlatan like Bishop Idahosa further proved that Kwankwaso is indeed not ready to contest.” he stated. 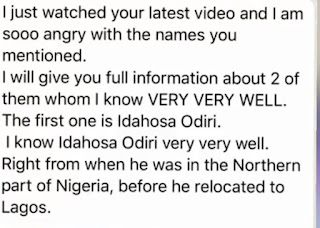 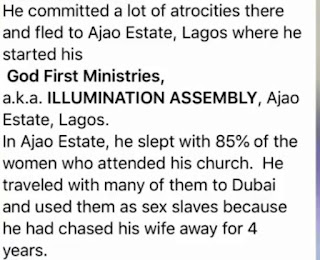 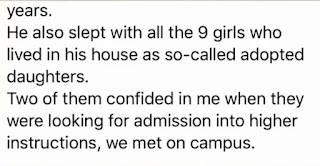