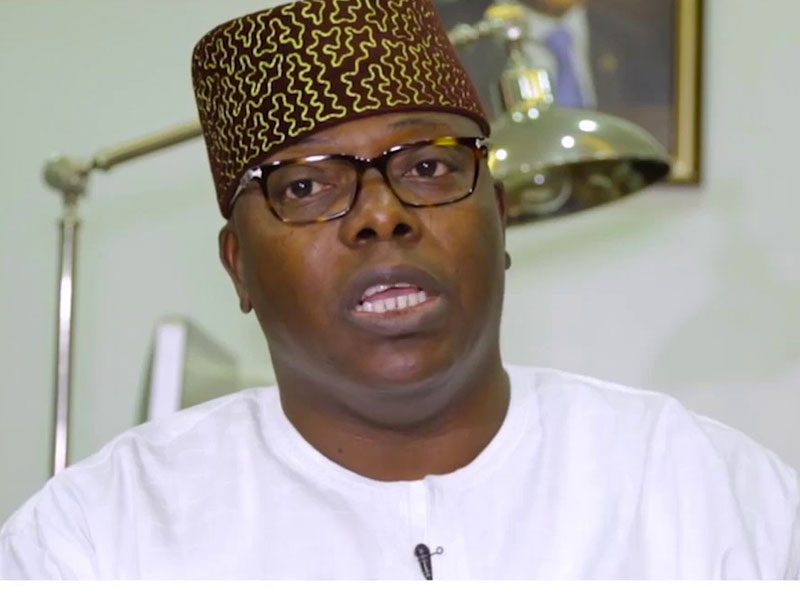 The people of Iruland have once again called on the Lagos state government and the good people of Nigeria to save them from the death-grip of the Oniru of Iruland, Gbolahan Lawal, who is hell-bent on destroying what is left of the pastime, culture, and heritage of Iruland. 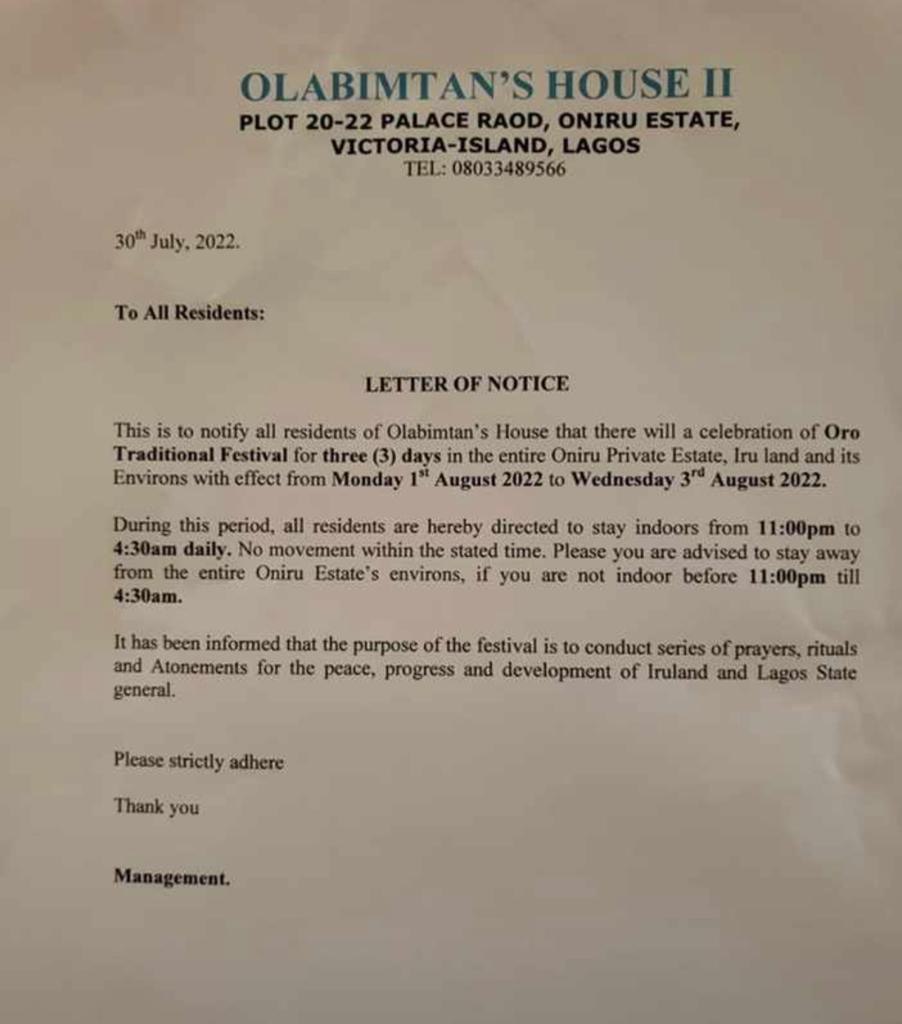 The Oniru of Iruland, since his inception, has made headlines on many occasions for all the wrong reasons varying from land-grabbing, intimidation of royal bloodlines, enforcement of toll gates, and many other vices that make life difficult for the residents of Iru.

Gbolahan Lawal, who is popularly referred to as King Nebuchadnezzar of Iruland, in the early hours of today, Monday, 01 August 2022, released a statement to enforce a 3-day curfew so as for him to carry out self-vested spiritual divination in the guise of cleansing the community.

Speaking with a cross-section of concerned residents, it is gathered that the immediate past Oniru of Iruland, Oba Idowu Abiodun Oniru in his 25 years of reign, never carried out Oro activity outside the confines of the palace.

A resident who is a medical doctor told newsmen that the decision of Oba Gbolahan to conduct Oro traditional festival at this time of theightened insecurity in the nation, is insensitive, cruel, and dangerous.

“I have never seen such height of insensitivity and gross carelessness by a royal father. “He depicts the picture of Adolf Hitler of the Nazi’s in the 1940s who disregarded the right of the people to life. "Where else in a developed community would any sane royal father, who claimed to be educated, carry out fetish festival and force innocent residents into staying at home by force”.

"This is not a village. "There can be emergencies; there can be women in labour, and there can be people who may need urgent medical attention and may have to leave their homes during these periods. Nothing describes insensitivity and reckless disregard for the people’s right to movement and life, as this wicked decision. Even Lagos state has lifted the curfew of COVID”,  "His action has exposed his level of illiteracy and incompetence as a royal father", he said.

Another resident who is a banker blamed the Lagos state government for turning blind eye to all of Oniru’s insensitive actions in the past, which has given him the courage to go ahead and establish a new rule by himself at the detriment of the residents of Iru.

“Go and check history, the late Oniru has never done any festival that will restrict the movement of people for more than 20 years. Why now?

“There have been threats of attack by bandits who claimed they are already in Lagos. Lagosians are now more security conscious than ever before. This is not the time to force people to sit at home because anyone wants to achieve his motive illegitimately. Lagos state government needs to rise to this occasion before Oba Gbolahan’s thugs begin to attack people in their homes.

A key member of the royal bloodline who plead anonymity also hinted that Oba Gbolahan intends to sieve the 3-day Oro festival to intimidate, oppress, and attack the people whom he sees as a threat to his reign as Oniru. They believed his intentions are more sinister than the Oro practice.

He, however, sends SOS to governor Sanwoolu to take control of the situation and ensure that Oba Gbolahan reconsiders his desperate mission to shut down Iruland for 3 days.