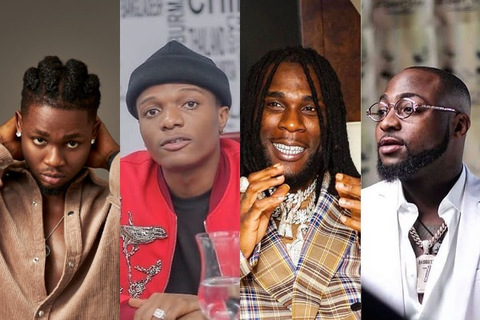 Without batting an eyelid, anyone would agree that Nigerian pop artists dominate the music conversations in sub-Saharan Africa, with groundbreaking streaming numbers and major collaborations with international counterparts.

With the inauguration of an Afrobeats-dedicated segment on America’s Billboard Charts, music has evolved into one of the highest-paying jobs in Nigeria. More Nigerian records now stand a greater chance to tilt towards global relevance.

On the ride to global music acclaim and continental recognition, Afrobeat leads the pack with its unusual emo pulses, street vibes, amapiano, and hip hop.

Even though August has arrived through 2022, the number of new releases in the Nigerian music industry this year has set the music pace for 2022. Right now, the trending Nigerian songs in the industry have spiced up the music year with promises of even better sounds.

These latest Naija songs of 2022 are the pulse of the vibes in clubs, birthday parties, friendly hangouts, and more- Featuring Davido, Burnaboy, Asha Gangali, Asake,, and Kizz Daniel, 2022 is one of Nigeria's greatest music years yet.

Ahead of the curve, Clacified.com updates you with some of the most popular, trending, and viral Naija songs of the year so far. Find out the top trending songs in Nigeria right now, according to Apple Music and other streaming giants! 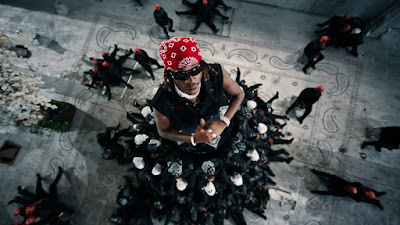 From the stables of the YBNL nation artists, Fireboy and Asake, this groovy song is a breath of freshness that will leave its listener refreshed and relaxed. The vocal quality of both singers reverberates throughout the song, giving the listener a happy feeling.

One thing is sure, Fireboy and Asake should collaborate more. 'Bandana' is a single from Fireboy's forthcoming album labeled Playboy, which will be out on the 5th of August, 2022.

'Bandana' is a P.Prime-produced record. The song is currently topping the charts on Apple Music T.op 100. 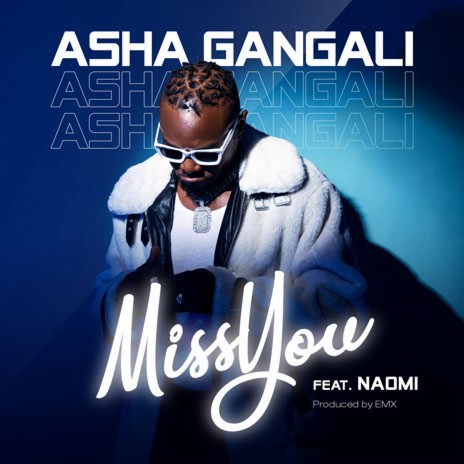 Ace Afrobeat hit maker, Asha Gangali, has once again proved to be ahead of the game as his new hit single ‘Miss You’, floored other songs to rank first on Apple ITunes.

The acceptance from the public has also been alarming considering the social media engagement rate across all platforms.

Asha Gangali remains one of Nigeria’s trending and most discussed artiste, who has remained on the block for over two decades, making good music and projecting other artistes who are now influential on the music scene.

It was revealed that ‘Miss You’ is officially toppled the iTunes charts in Nigeria above Mavins’ Overdose, Asake’s Sungba, Iyanya’s Puna and Kizz Daniel’s Buga.

The Afropop crooner who is also known as ‘Young OG’, has worked with a number of A-list artists over the years and has discovered and projected many talents who have now grown into A-list stars today. Young OG has once again created the magic vibe for his new single ‘Normal’. 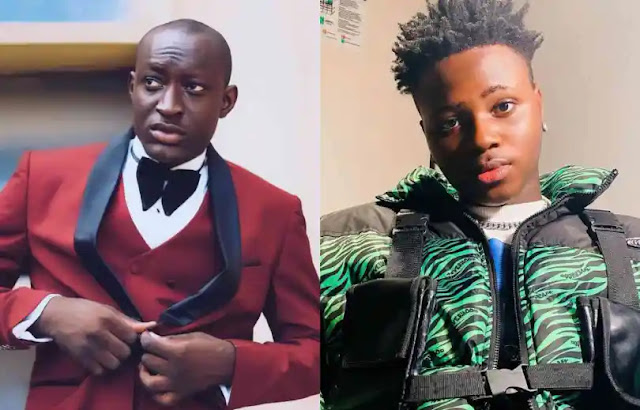 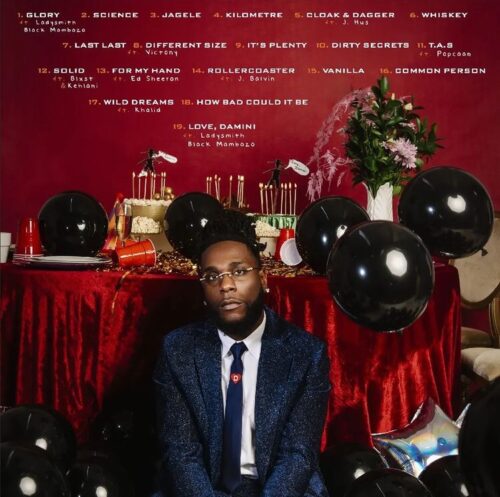 The Grammy award winner, Burnaboy, means business with his new release. This track is from Burna’s newest LP, Love, Damini, and draws his listeners in with the soothing theme of gentle love.

A track that explores the big-boy lifestyle, with the key themes of celebrity, cruise, and flex.

This track has a seamless, warm, and groovy ambiance that will put any listener at ease. Especially with Burna boy's strong voice playing softly in the background and the mass choir response he gets from his backup. This song holds the listener spellbound and throws you into a happy sober reflection mood.

The song "Common person" has further cemented the African giant's reputation as a multi-talented artist. 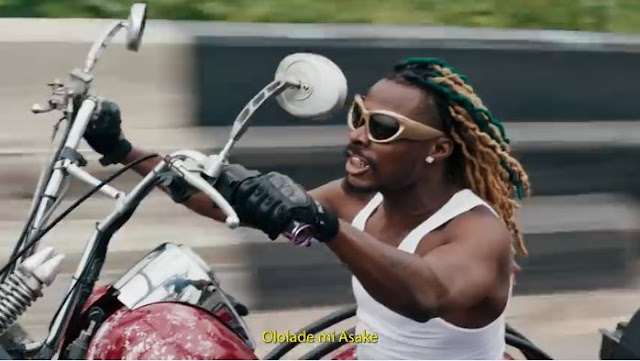 Peace Be Unto You(PBUY) - Asake

YBNL record signee artist, Asake popularly known as "Mr Money" recently released another single on June 16, 2022. The new music ranks number one on Apple music's top 100 as of the time of this article. Asake's new tune “Peace Be Unto You (PBUY) has a familiar sound to "Palazzo" according to fans on social media. PBUY certainly carries the signature of the artist as it opens with a sound bite of the viral video of a policewoman shouting “help me” as she was being driven to an unknown destination. 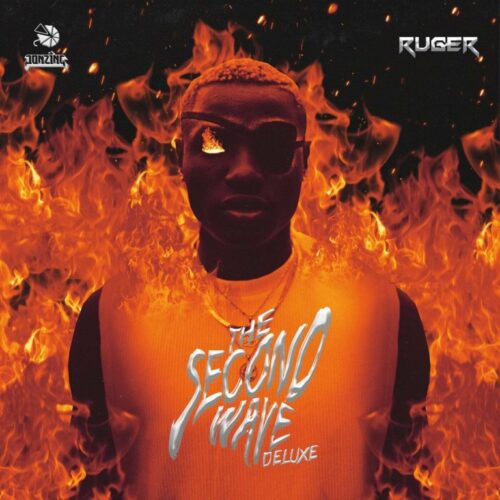 "Girlfriend" is a single from Ruger's "Second Wave" deluxe album. The song currently ranks number two on Apple music's top 100 in Nigeria. Ruger's tune is a rhythmic body of work that will leave you swaying to its dance hall elements. 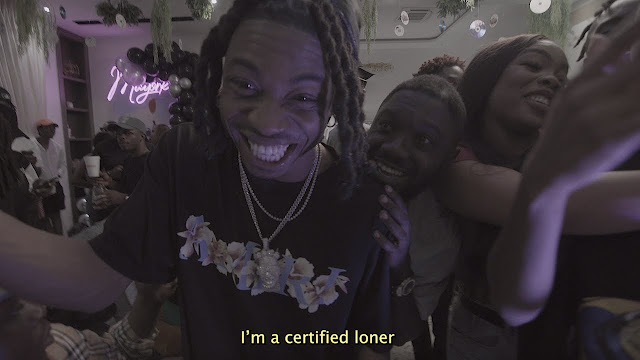 Nigerian singer Mayorkun aka Mayor of Lagos's new song "Certified Loner (No Competition)” is his first music installment for the year 2022. The new music was produced under  Sony Music Entertainment/Black Butter Records UK

A single like no other, Certified Loner follows Mayorkun's smash hit sophomore album, Back in Office released in 2021 and reached no #1.

Holy Father, a single of the album garnered over 40 million streams across digital platforms, also surpassing the radio charts for 5 weeks consecutively and having spent 13 weeks on the UK Afrobeats chart.

The amapiano-inspired track launched on social app TikTok with a teaser sound has left fans hooked. It currently trends at over 300k creations. 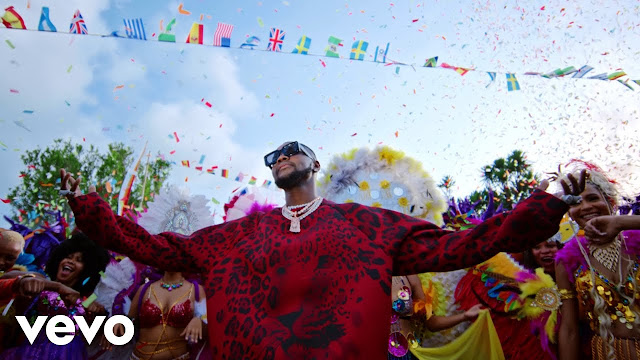 Produced by Reward Beatz and co-produced by Blaise Beatz, Young Willis, and Micky Geetarist, Kizz Daniel's song 'Buga' has become the song of the moment with trends on Tiktok at 2.4m, and on social media as a challenge.

No doubt Kizz Daniel has a great reputation for dishing spicy viral hits since he entered the music scene. The Afropop single is a follow-up on 'Barnabas' with 7 tracks having a guest appearance from the 'cavemen''.

'Buga' was recently rated the world’s top five Afrobeat trending globally. This report is according to Shazam, an app that identifies music, which has tagged the single as Most Shazamed Song in the world.

Kizz Daniel's masterpiece, Buga, has also entered the lead song on Apple Music’s top 100 in Nigeria and top one among the top 100 on Apple in Kenya.

Speaking about his success, the woju crooner said ‘Buga’ is an indigenous word, which means “Show off” and “stunt on them.” “So in this context, it means after you’ve put in the work, let your results speak loudly. Enjoy your success.

“Whatever you’re seeing out there, whatever results in the song is generating, that’s the result of hard work. And I’ve consistently put in my best in all my songs. Nothing good comes easy,” he said. 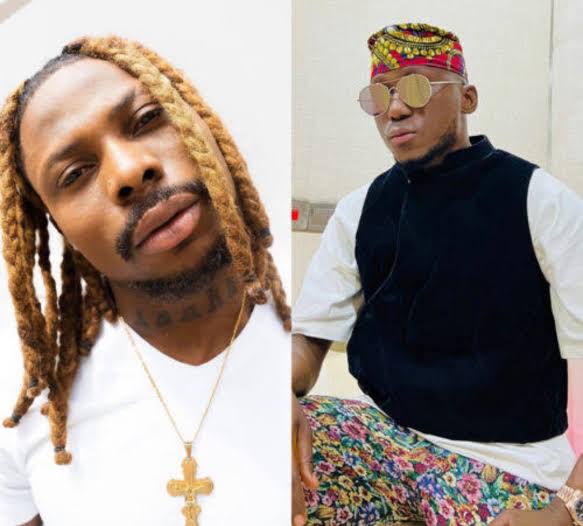 Palazzo, alongside its stunning music video, was directed by TG Omori. The record is co-produced by Magix Sticks and Spinall, mixed and mastered by Eskeez. 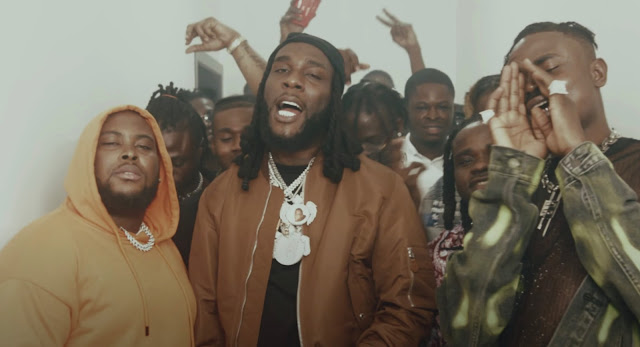 Grammy award-winning singer Burna boy seduced his fans with his new single Last Last of his anticipated album "Love Damini". It was originally performed live during his Madison Square Garden (One Night In Space) show.

Anyways, the self-acclaimed African giant has his fans spellbound with this single. 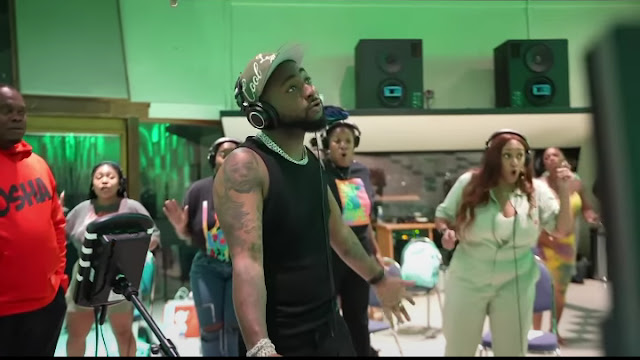 Davido's collabo with the Sunday service choir adds the juice to this heavy piece of goodness called Stand strong. The Fall singer aimed for perfection because this song is nothing like we have seen from Davido. 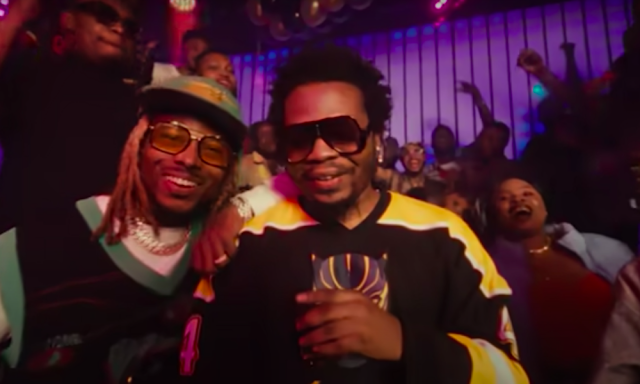 Anyone who has heard this jam will agree that Asake outdid himself with this lead single off his EP. It features Olamide, who also heads YBNL, the record label to which Asake is signed.

Omo Olope took Nigeria by a storm, the song speaks about enjoying life to the fullest laced with its energy-packed lyrics in English and Yoruba. 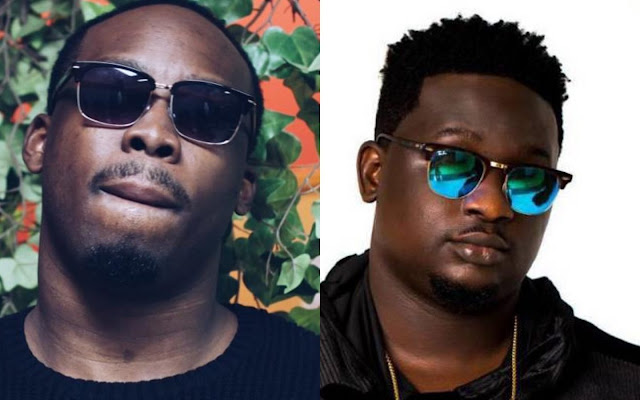 If you aren't bouncing after listening to this powerful combo of Wande and Melvitto then you need some juice.

'Gentility o se stupidity' funny thing is that' Gentility'-a duet with talented rapper and music producer Melvitto, took over the number one spot on the Top 100 Nigeria Apple Music Chart on Friday, April 29, 2022.

Talk about music that makes a comeback, the song was initially released in 2019 but gained prominence after it became a challenge on TikTok. 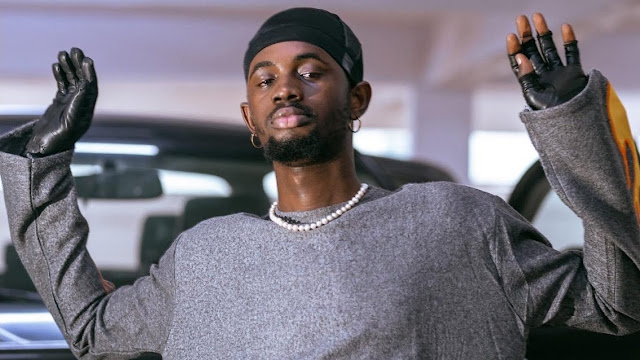 This song lives rent-free in our heads.

Kwaku The Traveller, produced by Joker Nharnah. Since its release, it has been on the front line of major music playlists across the various digital streaming platforms in the world.

Debuting at number 1 on Apple Music Top 100 Nigeria and Ghana respectively, the song has garnered over 75 million audio streams.

'Kwaku the traveller' was the most shazamed song in the world, #1 on Triller, #1 on Deezer, #1 on Boomplay Hot. 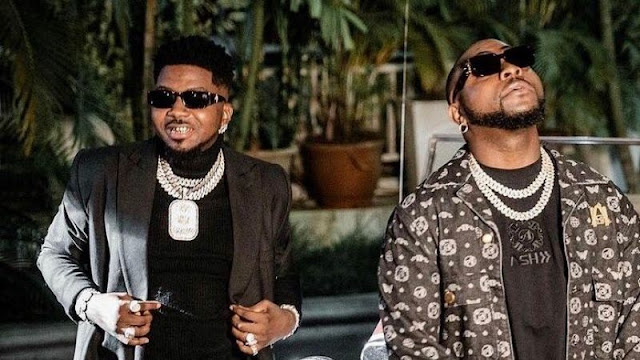 Since Nigerian singer, Skiibii began the year with his Davido-assisted remix of “Baddest Boy,” he has received massive acceptance.

Described as the song of the party, TikTok played a big role in the virality of Skibii's music.

"Baddest Boy" became the third song to spend its first four weeks at No. 1 – joining Kizz Daniel’s “Lie” (6 weeks) and Teni’Makanaki's  “For You” with Davido at 5 weeks. 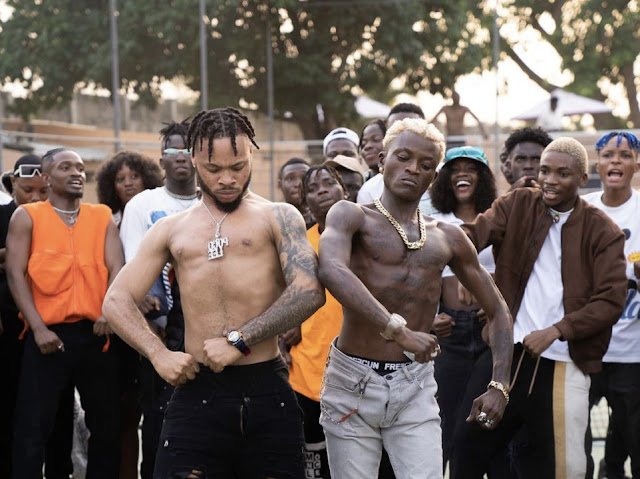 Released to nationwide acclaim in the late season of 2021, the track, which also features YBNL chairman, and rapper Olamide encourages vibrant dancing and honours the pulsating vibe of the street.

Like many other trending songs, 'Zazoo Zehh' has a quotable slang ' o tun to zeh' and has been central to Nigeria’s mainstream.