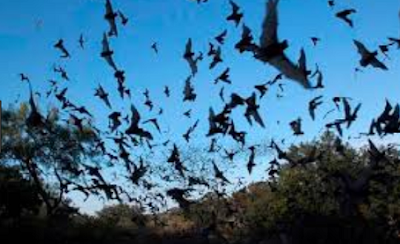 A small Aussie town has been forced to close parks and swimming pools after being hit by a “plague” of over 200,000 divebombing bats.

Furious residents took to the streets of Charters Towers, Queensland, after conservation regulations forced the local council to block off public spaces across the town instead of culling the creatures

Over 160 angry locals marched on the town hall brandishing anti-bat signs and placards after the local swimming pool was closed to stop swimmers swallowing the creatures’ poo.