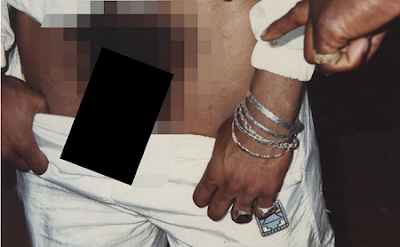 If you want some California love from Tupac Shakur, it's about to go on sale, lol... a full frontal shot of the rap legend is dropping soon!

The photo was taken in the middle of a 1990 house party in Marin County. Pac would frequently try to shock his pals by exposing his twig, berries and the vast surrounding shrubbery.

This particular night Pac's gf at the time threatened to snap a photo if he didn't cover up. Of course, he didn't back down, and the d**k pic was born, lol.

His ex wants to privately sell it for $7,500. A rock 'n' roll auction house is accepting offers, but if she can't get the asking price, the woman plans to let it go to the highest bidder. There are other party pics she's planning to sell as well. Talk about being an ex and about to ball! Loool.