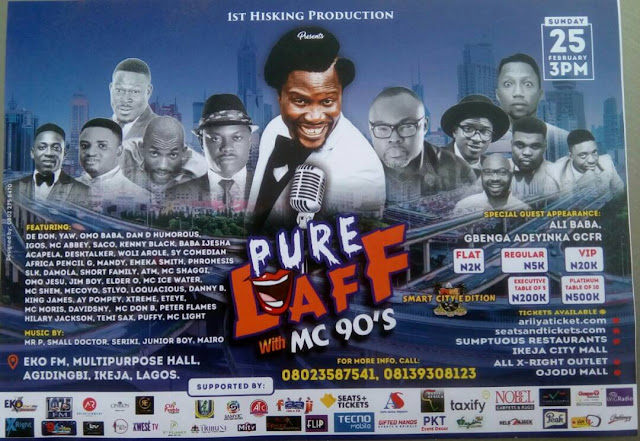 Fast-rising Naija stand-up comedian, MC 90s is set to lock down Lagos with his forthcoming comedy show: “PURE LAFF with MC 90’s”. It is a rib-cracking comedy program that is uniquely packed to Educate, entertain, project businesses and individuals in Naija.

It will feature some of the heavy-weights in the entertainment industry such as Alibaba, Gbenga Adeyinka, Igos, Koffi, D-Don, Omobaba, Seyi Law, Apororo, SACO, Mc Abey, Still Ringing, Accapela and many more..