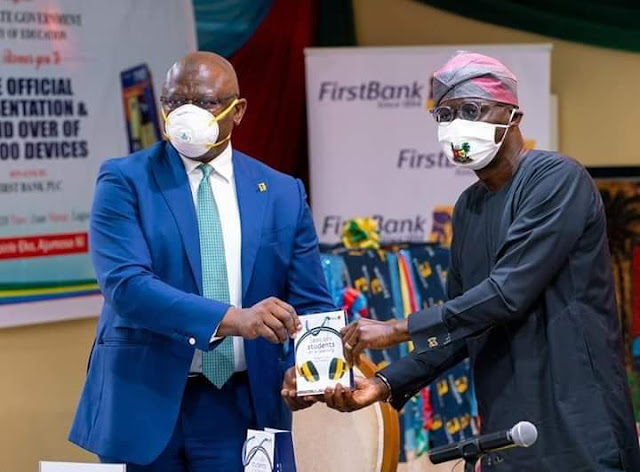 
According to the foremost independent association, FirstBank smashed expectations despite the pandemic situation in the country and the world in extension. Despite the economic problem, the financial institution deemed it fit to promote the education sector of Lagos State.
In a statement made available to the association members, the National President, Mr. Seun Joseph stated; “As a group of independent online publishers in the country, it's necessary that we commend First Bank of Nigeria for supporting the government, the parents and the future leaders of this nation to blend with the digital world we find ourselves.”


Upon the lockdown in March, the Bank had announced to move One Million children to e-learning which is implemented with a number of renowned organizations that have come on board from within and outside the continent. These partners include IBM, which is providing opportunities for the acquisition of digital skills including Coding, Artificial Intelligence, and Data Science & Analytics which would promote opportunities to learn skills of the future. These measures are taken in identifying with the roles of children at securing the future of any country. 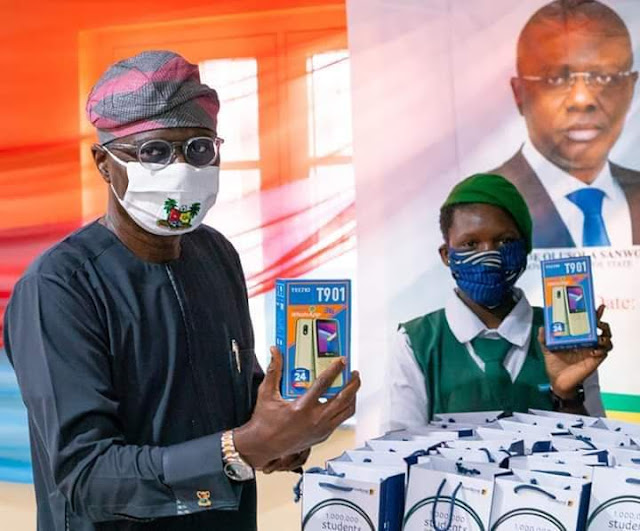 In addition, Lateef Owodunni NAIOMP Public Relations Officer stated that “With these measures, we are delighted to support FirstBank in our capacity. As independent publishers, it's imperative to note that, this is indeed a time to encourage the bank despite the economic challenges faced by all business institutions in the country.”


In the same vein, the Association Vice President, Mr Olalekan Onaolapo extended the association appreciation to the bank. He lauded the bank for their efforts and urged them to extend the gesture to other states in the country. 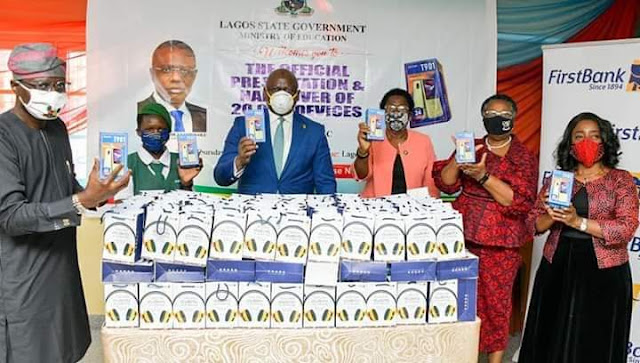 In his words, “The impact of FirstBank in the education sector has caught our attention. To be honest, we were thrilled you know, these devices will bring transformation to the education sector. The country will be a better place when other institutions and personality do not wait for the government before giving back to society.”

The devices were personally handed over to Governor Sanwo-Olu by the bank’s Chief Executive Officer, Dr. Adesola Adeduntan, at a ceremony held at the State House in Marina.


With the gesture, Governor Sanwo-Olu said the State had found a “real development partner” in FirstBank, noting that the intervention came at a time the Government was massively deploying technology to transform the conventional mode of teaching and learning.


While pointing out that the gesture touched the heart of his administration’s vision to leverage technology in delivering quality education, the Governor said the digital tools supplied by the bank would further scale up interventions already rolled out in education sector, while also raising the capacity of the Government to achieve its vision.


The digital learning tools is a KaiOS enabled mobile phones, using free mobile data provided by MTN. The devices have Road to Education (RODUCATE) applications installed on them to allow users to learn from all approved curricula.
The tools also have restrictive apps that will prevent other usages apart from study. They also have parental control keys.
Home