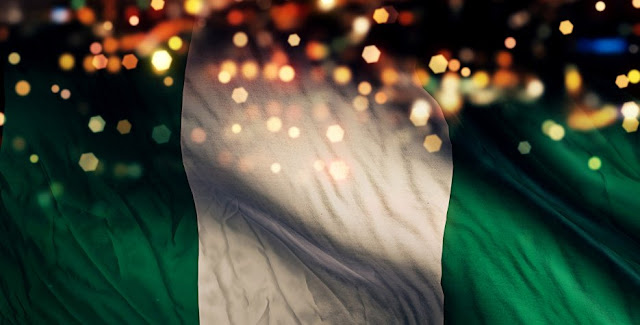 It is a great privilege on this special day to present our thoughts on Nigeria's Democracy to you.

We shall start by explaining the word "Democracy". Democracy according to Merriam Webster Dictionary, is government by the people especially: rule of the majority; a government in which the supreme power is vested in the people and exercised by them directly or indirectly through a system of representation usually involving periodically held free elections. Are you following?

According to Abraham Lincoln, the 16th United States President (who was assassinated on April 15, 1865 at the age of 56), Democracy is the government of the people, by the people and for the people.


In 1960, Nigeria got her independent from the great Britain. Nigeria started out with democratic rule until we had our first military coup ever on January 15, 1966 that brought our nascent Democracy to its kneel.


General Ibrahim Badamosi Babangida popularly known as IBB came into power on August 27, 1985 through a palace coup which ousted General Muhammadu Buhari(now president). Babangida and his Armed Forces Ruling Council (AFRC) initiated a transition process for the return to civilian rule, setting October, 1990 as the date for the return. He established the National Electoral Commission (NEC) with Humphrey Nwosu as the chairman.


Two political parties eventually emerged and were imposed on Nigerians by the Babangida military administration. The Social Democratic Party (SDP) with Chief MKO Abiola as the party' s flag bearer and the National Republican Convention (NRC) with Alhaji Bashir Tofa as its flag bearer. Alhaji Bashir Tofa picked Sylvester Ugoh, a Christian from the South East thereby creating a regional and religious balance. Chief MKO Abiola also went for regional balance, picking an ex diplomat and former chairman of the party from the North East, Baba Gana Kingibe as his running mate.


The 1993 Nigerian presidential election was held on June 12, 1993 in the Nigerian Third Republic, the first since the 1983 military coup ended the country's second republic . The elections were the outcome of a transitional process to civilian rule spearheaded by the military ruler, Ibrahim Badamosi Babangida (IBB). The unofficial result of the election, though not declared by the National Electoral Commission (NEC) , indicated a victory for Moshood Kashimawo Olawale Abiola of the Social Democratic Party (SDP) who defeated Alhaji Bashir Tofa of the National Republican Convention (NRC). The winner of the election was never thus declared as the elections were annulled by IBB, citing electoral irregularities. This led to protests and political unrest. There were a series of protests in July in the south west region following the annulment. It is estimated that security forces killed over 100 people while quelling riots. We hope you are still with us....


General Muhammadu Buhari’s decision to mark 12 June as Democracy Day should be viewed as an attempt to placate the South Western Nigerian State, which has always set aside the da cany to remember Abiola’s stolen mandate and an annulled election that many still view as the country’s freest and fairest in the history of Nigeria and democracy. We will primarily address one question: Was Abiola's courageous insistence on the mandate given to him by Nigerian voters a benefit or a setback to political stability and to political development of Nigeria as one corporate nation? We will argue that Abiola's position ultimately benefited Nigeria's political development, although perhaps, not as he intended.


What then are some of the unintended benefits of Moshood Abiola's presence in Nigerian politics? First, let ue state the obvious. Abiola was a courageous man. We think this quality is important because changes do not occur in countries where courage is in short supply. The unrelenting and unprecedented domestic and international hostility against the Sani Abacha regime that finally led to its expiration can be traced directly to Abiola's decision never to surrender his June 12 mandate, at any price. He saw himself as a custodian of a sacred mandate that was freely given to him by Nigerians and one which "I cannot surrender unless the people so demand, and it is by virtue of this mandate that I say that the decision of the Federal Military Government to cancel the results [of the elections June 12, 1993] is unpatriotic and capable of causing undue and unnecessary confusion in the country."


(2) That he never betrayed this promise is a tribute to more than his courage. It also points to many other admirable qualities that are in short supply among our ruling elites today: consistency, perseverance, honesty, sincerity of purpose and bravery. Consider that many Nigerian politicians who supported General Sani Abacha's dictatorship are now paying glowing tributes to Abiola, and admitting without shame that their support was based on fear of Abacha.


Abiola was one of too small a class of the fearless. As a result, he has helped to put the army on notice that the country's patience with military dictatorship is growing thinner and thinner. The denial of Abiola's right to assume office encouraged the proliferation of pro-democracy groups and other organizations of civil society who, despite repression, bravely harassed the Abacha dictatorship. We say that the pressure against Abacha's dictatorship was unprecedented because there has never been such a reaction to any military coups in the past. Indeed, the cowardly turning of the other cheek to coup makers by the Nigerian public is the most dangerous threat to the grounding of democracy in Nigeria. For a country simultaneously given to too much braggadocio and all manners of shakara, this cowardly disposition is tragically comical and is a paradox. But not everyone is laughing. A former Nigerian head of state, General Buhari berated this shameful national character at the eve of General Abacha's demise. In his own words,


"Nigeria is full of paradoxes. While individual Nigerians may provide the best specimen of the most strongly willed persons around, we nonetheless display unbelievable passiveness in the face of injustice. Society displays little opposition against wrong policies. Why is this? What is the reason for this apparent docility? What has happened to the social and political conscience of the people of this country? What has happened to our people's sense of justice and desire for choice?"


President Buhari finds the answer in the abject poverty that saps the attention of a majority of Nigerians, allowing them no time for the luxury of social change. We believe, however, that there is a character issue in addition. The inclination to reap where one does not sow can produce in a people the inability to die for principles. This accounts for the preeminence of pragmatism and the diminution of strongly held beliefs in the political behavior of many Nigerians. This is not to knock pragmatism which, in proper measure, is a highly valuable ideology. It is in an attempt to explain the country's circumstances that Buhari justifiably decries Nigerians' docility and their thick skin for injustice. Strongly held beliefs for which a good number of citizens are prepared to die are critical to political stability and for the protection of the ideology of democracy, in more ways than one. Indeed, the case can be made that they are also critical to the continued existence of Nigeria. On this all important score, Bashuron Moshood Abiola's exemplary courage to die for something, is a lasting contribution to the future of one Nigeria. What he died for is more than the chance to become the president of Nigeria. He died for the voice of the ordinary Nigerian voter. In this sense, his struggle and death, symbolically shot the first bullet for Nigeria's second struggle for independence and self determination from internal colonialism. Nigeria can only truly be one great country when this war for the right of individuals is permanently won.After declaring himself president he was accused of treason and arrested on the orders of then President General Sani Abacha, who sent 200 police vehicles to bring him into custody.

Chief MKO Abiola died in suspicious circumstances on the day that he was due to be released, 7 July 1998. Buhari’s decision to mark 12 June as Democracy Day should be viewed as an attempt to placate the South Western Nigerian State, which has always set aside the day to remember Abiola’s stolen mandate and an annulled election that many still view as the country’s freest and fairest in the history of Nigeria and democracy.

We believe that May 29 that we celebrated Nigerian Democracy Day in the past was an empty day when placed side by side June 12.

We wish you all happy Democracy Day Celebration.

Thank you for reading
Home