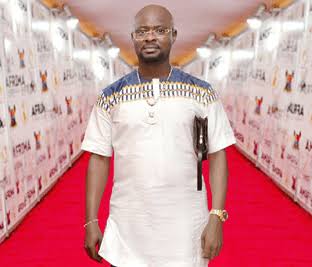 National Association of Independent Online Media Publishers, NAIOMP, an organization with the stated purpose of restoring media sanity in online journalism has commended Prince Kazeem Eletu Edibo, Chairman of Kazeem Royal Properties Limited, for supporting the work of the organization to improve lives. In a letter signed by the Association’s Publicity Secretary, Lateef Owodunni, on behalf of other directors, the organization acknowledged his contributions towards supporting the youths and the unemployed.

The letter partly reads, “As an exemplary leader, you join an international group of compassionate people who are committed to serving others, no matter what the challenge is. Today — because of you — another generation can care for their communities in times of uncertainty and need.”

The letter further states that, “because of your generosity, you have found solutions that change lives and make communities more resilient. Your support is critical as we work together to address new and urgent humanitarian challenges.

Congratulations on your wonderful philanthropic achievement, and thank you for building a better world for the youth.”

Recently, Prince Kazeem Eletu Odibo also empowered some of his followers on social media, after challenging those who wants to become a realtor.

He wrote; I want to empower someone who really want to be a Real Estate expert by sending the person to go for the Fast track training by Debo Adejana. State the reasons you want to be a Realtor. I will pick randomly.

Ambassador Dr. Prince Kazeem was born on February 14, 1978, in Lagos into the Eletu-Odibo family; a royal family that historically served as the Chief Kingmaker who crowned the Oba of Lagos. This was unknown to him for several years that he was born with a silver spoon.

Prior to when his life took a new turn to prosperity, he grew up in a suburb called Ajegunle where he worked as a bus driver, a bus conductor, and even a scavenger. He has attended numerous educational training programs both within and outside the country.

He has shown over the years that he is a dynamic, results-oriented leader with a strong track record of performance in his enterprises. Amb. Dr. Prince Kazeem as Founder and Chairman of Kazeem Royal Properties Limited has done a lot of remarkable projects in the real estate sector and this earned him the City People Magazine Real Estate Award as Most Outstanding Royal Family In Property Award.

Philanthropy is associated with Amb. Dr. Prince Kazeem through the Prince Kazeem Eletu-Odibo Foundation. His kindheartedness is visible amongst many individuals whom he has touched; he personally likes putting smiles on people’s faces irrespective of their tribe, ethnicity, creed, or language.

As a matter of fact, he singled-handily constructed many roads at Osapa London in the Lekki axis in Lagos state following their dilapidated state. Today, Osapa London is a prime area and has very expensive properties situated in it. He has made several donations to many groups, civil societies including the Rotary International, and a lot of individuals, running into several millions of naira. He also set up the Prince Kazeem Eletu Royal Football Academy in order to give young people the opportunity to grow and showcase their talents.

A good number of them are now playing outside the shores of the company. Music is one thing that could not escape his attention; the Kazeem Royal Music Empire does justice to this. Some artists have been signed under this label. His philanthropic lifestyle has attracted a lot of awards from various quarters such as the Nigerian Army, Ecowas Youth Organization, the Yoruba council, and the Nigerian youths just to mention a few.
(Modify) (Quote) (Report) (Share)
Home