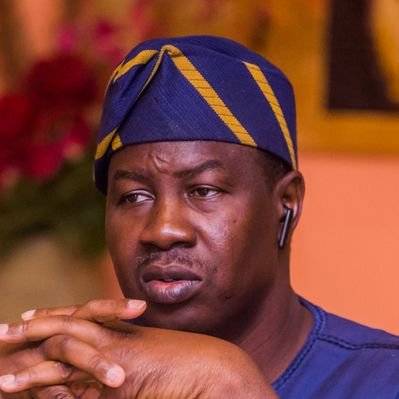 A Federal High Court sitting in Ikoyi has ordered the Inspector-General of Police, Mr. Mohammed Adamu to prosecute the candidate of Peoples Democratic Party (PDP) for the December 5 bye-election in Lagos East, Mr. Babatunde Gbadamosi for alleged forgery and perjury.

The presiding judge, Justice Chukwujekwu Aneke gave the order on Tuesday following a motion filed by the All Progressives Congress (APC), Lagos State, asking the court to compel the IG to investigate and prosecute Gbadamosi.

Before the order was granted on Tuesday, counsel to the APC, Mr. Olukayode Enitan (SAN) told the court that he had filled motion exparte, affidavit in support, statement in support, verifying affidavit and written address as part of conditions to grant his application.

In addition to these court processes, the counsel added that he had equally filed exhibits in support of the affidavit and further affidavit already filed before the court

The counsel, also, argued that all the conditions necessary for the grant of the application had been fulfilled, thereby requesting the court to grant the motion.

After listening to the argument of the counsel, the presiding judge agreed with learned Silk and consequently granted the application while he adjourned hearing of the originating summons for Mandamus till January 28.

In Suit No: FHC/L/CS/1661/2020, the APC had applied for the issuance of a prerogative Writ of Mandamus to compel the IG to discharge his public duty to investigate the PDP candidate for allegations of forgery, perjury, fraud and failure to participate in the mandatory national youth service.

Pursuant to Order 34 Rules 1 and 3 of the Federal High Court (Civil Procedures) Rules, 2019, the APC had, through its counsel, filed an application asking the court to investigate and prosecute Gbadamosi.

It had argued that the allegations “are offences under the provisions of Sections 465, 467 and 117 of the Criminal Code Act, 2004 and the National Youth Service Corps (Amendment) Act, which according to the party, placed duty upon the IG to investigate and prosecute the PDP candidate.”

Consistent with the Criminal Code Act and NYSC Act, the APC had contended that the IG “is under a duty to investigate and prosecute Gbadamosi for the offences of forgery, perjury, fraud and failure to participate in the National Youth Service as contained in Form EC9 and CF001 he submitted to INEC.”

The party had justified its claims on the ground that the PDP candidate had committed several offences bothering on forgery, fraud and perjury, for which the IG ought to investigate and prosecute him.

It had averred that the IG “is by virtue of the Police Act duty bound to investigate complaints and petitions lodged at his office. The petition was received and duly acknowledged November 11, 2020.

“Despite being in receipt of the petition, the inspector-general has failed, neglected and or refused to commence investigation of the PDP candidate as requested.”

On these grounds, the APC said it was aggrieved; now seeking to compel the inspector-general “to perform its statutory duties under the Constitution of the Federal Republic of Nigeria 1999 (as amended) and the Police Act.”

In another litigation with Suit NO: FHC/L/CS/1659/2020, the APC sued Gbadamosi and Independent National Electoral Commission (INEC) for allegations of forgery, perjury, fraud and failure to participate in the one-year mandatory national youth service.

The party had, in its writs of summons, claimed that it discovered certain discrepancies in the certificates, which according to the APC, were indicative of the fact that the WAEC certificate Gbadamosi submitted to the INEC might have been falsified.

“Also, the grades he claims to have received via the certificate is different from that contained on the official website of WAEC,” the APC declared in its writs of summon.”