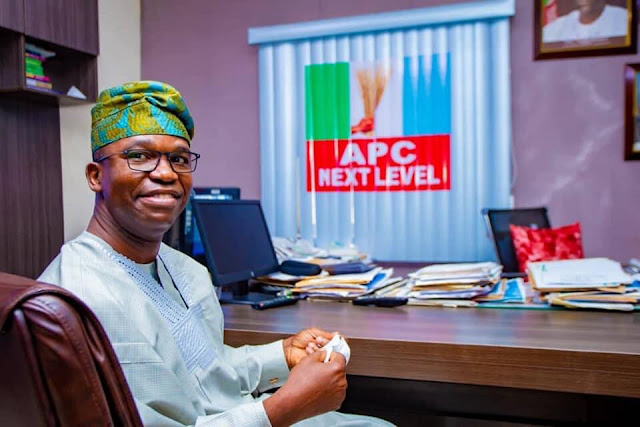 Abiru in a condolence message, titled Oyadosun A Committed Progressive, to family and friends of the deceased, said death is an inevitable end but quickly reminded the bereaved family to take solace in the fact that the departed gentleman lived a selfless life

This sad news was a rude shock, not just to me, but also to all progressives in Lagos East considering the role the late reverend played in the just concluded senatorial bye-election and series of discussion we held on how to move Lagos East APC forward after the bye-election.

Revd Oyasodun’s death, no doubt, is a great loss to the entire progressive family in Lagos State, especially in Bariga LCDA and Somolu Local Government Area (LGA). But we all submit to the decision of God our Creator to call him home at the early hour of December 26, 2020.

While still alive, Revd Oyasodun devoted his life to serving God, humanity and Lagos APC at large. Before he emerged Chairman of Bariga APC, Revd Oyasodun had served as Secretary-General of SDP in Somolu and Kosofe LGAs.

May Almighty Allah repose his soul and grant his immediate and political family the fortitude to bear the loss.