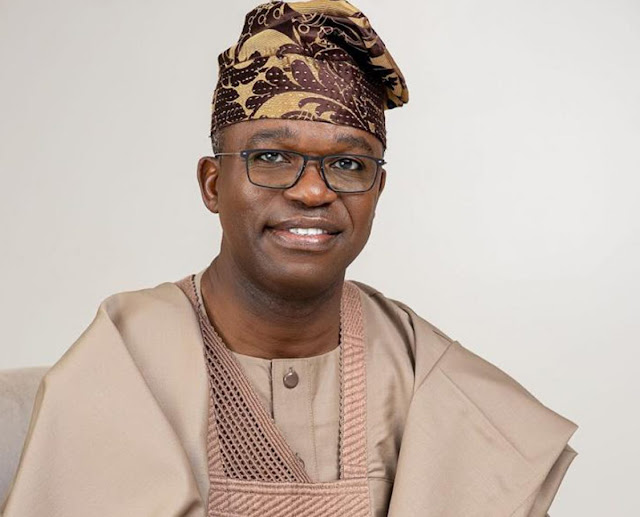 If there are people out there, who still doubt the popularity of our great party; who do not reckon with our leadership in this political landscape and who still dispute our progressive approach to governance, our comfortable victory in the just concluded bye-election readily offers them an infallible answer.

It is the answer the people of Lagos East generously delivered at the conclusion of last Saturday’s bye-election. It is the answer that resonates in their popular decision to give us their mandate. It is the answer that our unrepentant critics cannot contest, even in their wildest dream, given the credibility of the process that gave us the mandate. This answer did not in any way come by accident or chance. It came by dint of the hard work our party and campaign council invested in the electioneering. It also came through the selfless service of all members of our Campaign Council and Local Organising Committees (LOCs) that canvassed support for our party even during sometimes difficult circumstances.

On this note, I wish to commend and appreciate our party leadership from the APC National Leader, Asiwaju Bola Ahmed Tinubu; Lagos State Governor, Mr. Babajide Sanwo-Olu; Chairman of Lagos APC, Prince Babatunde Balogun; all our leaders in the Governance Advisory Council (GAC) and all members of the State Executive Council (SEC) and State Working Committee (SWC) for putting up a formidable structure that again earned us the people’s mandate. Honestly our Campaign Council and all its Directorates have done a great job with the deft approaches they adopted to prosecute our campaign from the level of local councils and development areas to community engagements, street-to-street campaigns and house-to-house mobilisation, setting up meetings upon meetings with different groups of stakeholders in the five Local Government Areas (LGAs) and 11 Local Council Development Areas (LCDAs) in our senatorial district.

The creativity, energy and passion with which the Chairman of our Campaign Council, Otunba Kaoli Olusanya prosecuted our campaign was amazing. Otunba Kaoli worked tirelessly and seamlessly with the Vice Chairman of the Campaign Council, Alhaji Bode Oyedele and all heads of our Campaign Directorates to secure our party’s mandate. Across the senatorial district, there are other people and groups, who passionately believe in the ideals of our party; who stood by us when those on the other sides were maligning our hard-earned reputation; who shared the burden of governing Lagos State and worked day and night with us. In this category are the Obas and Chiefs, the youth; women; non-indigenes and also indigenous people of Lagos East, among others. They all stood with and still stand by our party. I also recognize and applaud our friends and professional and business colleagues in the private sector who supported this noble endeavour financially and otherwise and demonstrated their understanding of the need for more professionals to enter the public space.

With the support of our formidable team, we campaigned relentlessly from local council to local council, community to community and indeed from house to house. We shared our mission and vision with the people of Lagos East across all social strata with confidence and conviction that the future of our children, youths, women and our people at large is safer and more secure with the progressives. As a political party, we reeled out our performance index, pointing out what we had done differently in government and what we are capable of doing now. As a party candidate, I presented my sterling career success, enviable records of service and robust pedigree as testimonials to my capacity, commitment and competence to represent the people fairly and bring them expected ends.

And our records abundantly spoke for us at the poll. Our people – whether in Epe, Ibeju-Lekki, Ikorodu, Kosofe and Somolu – believed in the evidence of our previous stewardship rather than in the concocted accounts of our traditional opposition. Our people believed in the ideals of our party rather than in the fabricated reports those who could not play by the rules resorted to in a failed attempt to discredit us politically or the fictitious opinion poll they dished out to score cheap political points. In spite of the campaign of anger and frustration they prosecuted, the people of Lagos East generously gave us their mandate. This is perhaps the smoothest victory our party has secured in its recent history. We polled 89,204 votes, while our closest rival scored 11,251 votes. This outcome is no doubt, a reaffirmation of our expanding political support base, not just in Lagos East, but also in Lagos State at large. It is without doubt a proof of the degree of public trust we have earned in our party’s two decades or more in governance in Lagos State.

I commit myself irrevocably to the agenda I laid out before the electorate-offering people-focused quality representation; ensuring welfare of my constituents; working with my colleagues in the National Assembly to ensure special status for Lagos; promoting policies to improve national economic performance and financial sector development; implementation of the Sustainable Development Goals (SDGs); facilitating completion of all federal and state road projects in Lagos East; promoting ease of doing business; supporting the 5 for 5 agenda for police reform; supporting fiscal federalism and joining forces with colleagues in the Senate and members of the House of Representatives to ensure devolution of powers to the sub-national governments.

Within the limits of our statutory mandate, this is the time to make the aged smile; empower our jobless youths; minister to the vulnerable; secure the future of brilliant indigent children and support the implementation of the ideals of our party. To achieve these enviable goals, we are already in the process of establishing an Endowment and Empowerment Fund to actualize my private philanthropy. The Fund will implement different interventions we are coming up with in line with my agenda and the ideals of our party. Already, our team is perfecting the modalities for the implementation of all these intervention programmes. By the middle of January, we will unveil these programmes in full and begin implementation immediately.

I thank our people for this mandate and promise to live up to your expectations.

Thank you and God bless.

Senator-Elect of the Federal Republic of Nigeria