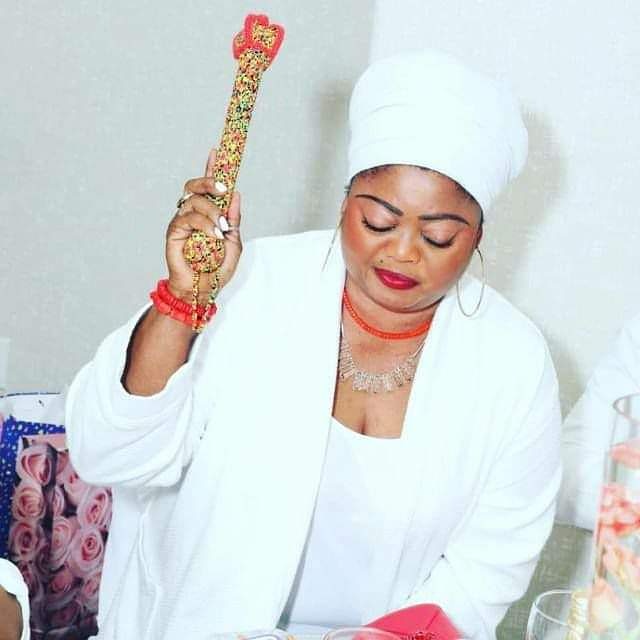 Renowned custodian of African cultures, who equally is the traditional title holder of The Erelu Oodua of Aye kingdom and Irawo Oni of Yoruba land, Erelu Tinuade Mabel Onaneye has on Tuesday 26th of January 2021 declared her support for notable Yoruba activist and fighter, Sunday Adeyemo commonly called 'Sunday Igboho' whose arrest has been allegedly ordered by the Inspector General of Police, Muhammed Adamu last week.

She made the declaration from her base in Texas, United States in a press release she signed and made available to the general public at the  early hours of Tuesday.

Erelu posited Sunday Igboho has done no wrong for challenging the killer herdsmen and taking the battle to their homesteads. She accused Buhari of being biased and turning deaf hear to the cries of Yorubas who have been victims of the activities of these illegal squatters and murderous herdsmen.

She had wondered why the Presidency suddenly swung into action when the Fulanis in Igangan under Ibarapa council area of Oyo State cried out for help. She said it was clear indication Buhari is running Fulani's agenda and was using the herdsmen to initiate their plans, citing the case of military men who stormed a community in Ogun State and flogged the residents for rejecting the herders.

'I and millions of other Yoruba sons and daughters in the diaspora are fully in support of Sunday Igoho and other Yoruba groups fighting to rid our forests and farmlands of these evil people. If Buhari dares arrest him, he should prepare for what he never expected from us.' Erelu declared.

In conclusion, she calls on all Yoruba leaders, Kings, Chiefs home and abroad including the Governors, not to see this as Sunday Igboho's battle alone, rather all hands must be on deck to end the activities of these killers masquerading as herdsmen. Peace to Yorubaland