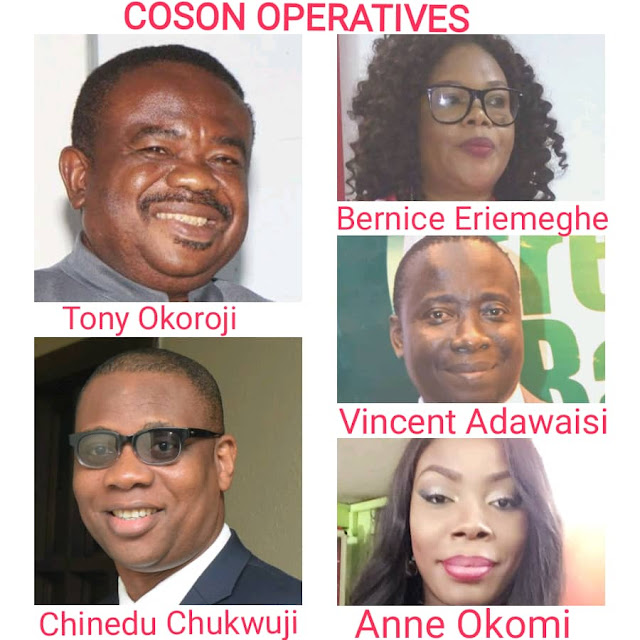 Acoording to an inside source, the COSON general manager Bernice Eriemeghe faints in police custody when the charges were presented against him

Tony Okoroji is reportedly at large, but spoke through his lawyers that he's suffering from brain stroke and cannot appear at the police station.