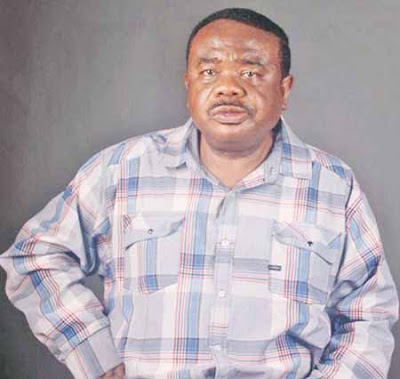 The lies and propaganda of Tony Okoroji and COSON have caught up with them..

Last week Tony Okoroji and his team went around social Media claiming that he was not arrested and none of his staff was arrested. But this week the same man that called the event of his invitation to the Police Headquarters in Abuja  a fake news is the same person admitting that the security agencies, namely the Nigeria Police, the Directorate of State Security (DSS) and the Economic and Financial Crime Commission (EFCC) are after him because he was allegedly collecting money illegally and using it for his personal gains.

We all remember that the Nigerian Copyright Commission (NCC) suspended COSON license and finally revoked it altogether for lack of transparency and accountability.  The Nigerian Broadcasting Commission also included in the 6th Amendment of the Broadcast Code that all users of Intellectual Property must pay royalties and contact the NCC if they are not sure of which Collective Management Organization (CMO) to pay.

Well, the chicken has finally come home to roost as Tony Okoroji is now running from pillar to post looking for the authority that will protect his suspected criminalities or that will ask the security agencies not to question and investigate his activities as COSON chairman.

He has brazenly presented his organisation to a lot of corporate companies which has now become  accomplices in misapportioning monies meant for musicians while impersonating as a Collective Management Organisation (CMO) without Approval or Licence to do so.

When all his connections has apparently failed him he has now ran to court to aiming to stop the Nigerian Police Force (NPF), the Economic and Financial Crimes Commission (EFCC) and Department of State Services (DSS) from investigating him.

Why are they afraid of Police investigation by running to the court to seek refuge from being investigated? We keep our fingers crossed.

We will wait to see how a former public company which was registered as  Limited by Guarantee handling public funds wants to stop the Nigerian Government and its law enforcement agencies from investigating the collections and spending of monies belonging to Nigerian Musicians in the name  COSON without approval and in the face of a subsisting judgment nullifying the company.

The interests of Nigerian Musicians are bigger than the interest of an individual who claims to be all-knowing, all powerful and bigger than any institution or authority in Nigeria.

We at PMAN said it before that this individual can fool us sometimes but he cannot fool us all the time.

Whether he sues the Federal Government and add the President of the Federal Republic of Nigeria, Tony Okoroji will still give account of what happened to the monies he collected on behalf of musicians in Nigeria. The era of manipulation of people and the legal system will not continue anymore.

Going to file a Fundamental Human Rights case against the Agencies of government cannot give anyone  cover to continue in illegal operations or stop the agencies from carrying out their constitutional duties. If those concerned, Tony Okoroji and his team, have not done anything wrong why then are they afraid of been investigated?

COSON has been proscribed by the judgment of the Federal High Court in Suit No: FHC/L/CS/274/2010 and as such COSON is not a juristic person and it is no longer known to law in Nigeria.

We are ready to call out and expose whosoever tries to connive with Okoroji and COSON to obstruct the agencies from doing their civic duties of Investigation on matters involving huge amounts of money belonging to Nigerian Musicians and their foreign counterparts whose music are exploited in Nigeria, which were apparently paid and collected under false pretences.

Your strategy of propaganda has failed because we are all wiser in the industry Now.

PMAN is following the unfolding events and will be giving musicians regular updates as the drama continues.