BREAKING NEWS: Multichoice Nigeria Settles With The Music Industry, Pays MCSN What Is Due Them. 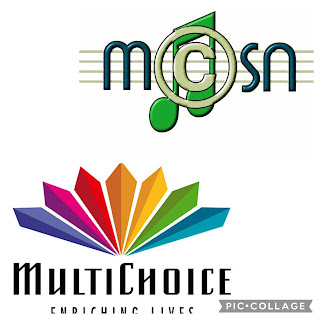 This is the best time for musical copyright society as the Musical Copyright Society Nigeria Ltd/Gte (MCSN) has announce that it has reached an amicable settlement with Multichoice Nigeria Limited on the judgment which MCSN secured against Multichoice both at the Federal High Court and the Court of Appeal, for the broadcast and distribution of musical works in the repertoire of MCSN on all Multichoice channels within the Federal Republic of Nigeria. This was made known in a statement released by the Copyright Society on Tuesday, August 24, 2021

According to the settlement also covers other exploitations of MCSN’s repertoire on other sister platforms of Multichoice up to 31st December 2020.

Having attained this milestone, MCSN and Multichoice Nigeria Limited now see each other as sister organisations which must work for the success of the other, particularly in the area of exploitation of  and remuneration for intellectual works, notably musical works, sound recordings and ancillary works.

Since the information filtered out that Multichoice has settled with MCSN and that payment has been made, MCSN has been receiving series of inquiries and in some cases, outright demand for a share of the money paid to it by Multichoice.

In response to this inquiries and demands, MCSN would want to assure everyone that due process is being followed in dealing with the subject matter as follows:

MCSN’s Management would make a formal report of the outcome of the settlement to its (MCSN’s) relevant authorities, particularly the Board of Directors and Members’ General Meeting in formal communications and meetings.

Management would then make proposals to the bodies on how the money should be allocated in line with best practices, all which is still an ongoing process.

Noting that the settlement and payment were recorded in the course of the year 2021, MCSN would draw a line between which years should what particular payment fall in and deal accordingly.  For instance, MCSN has to determine what allocation would be made to each year from 2006 and who benefits from whatever distribution allocated to each year, from which all MCSN’s members and international affiliate societies would certainly benefit.

One thing which MCSN has made clear and which its Board agrees with is that all liabilities from the past would not be loaded on and borne by this single payment, as this settlement is purely an opening for more past, present and future incomes.

MCSN would therefore want to assure everyone that any and everyone who has any contractual, legal or even moral claim to the payment would certainly be paid, without any form of sentiment, emotion or blackmail.

Those who have genuine stakes and claim in MCSN should have their fingers crossed and await development.

It is hereby directed that all members, who have registered and been admitted into the membership of the Society since 2006 should update their records, particularly their bank details with the Society, as the Society have migrated away from cheque and cash payments.

Recall that 5.9billion was recently paid by Multichoice to MCSN through Appeal court judgement. Content creators and music artists are implored to register and upload their contents on GoCreate to access the fund.