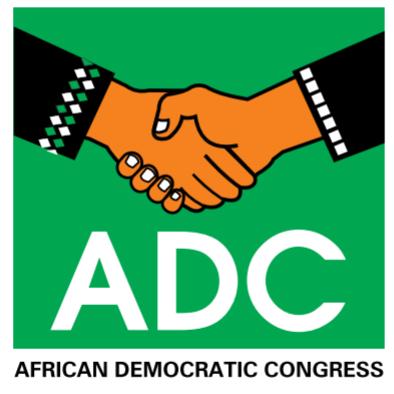 Kachikwu scored 978 votes to defeat a one time Deputy Governor of Central Bank of Nigeria (CBN), Prof. Kingsley Moghalu, who came second in the election with 589 votes.

Other aspirants in the contest included a person with special needs, Dr. Chike Okogwu, who stepped down before the primary election; Dr Chukwuka Monye scored 339 votes, while Princess Chichi Ojei polled 72 votes, among others.

At the commencement of the primary election held within the premises of the Olusegun Obasanjo Presidential Library, 2,040 delegates were accredited.

The National Chairman of the party, Chief Ralph Nwosu, in his welcome address, lamented that the country had gone from being strong to almost been irrelevant due to the leadership failure of the All Progressives Congress (APC) and Peoples Democratic Party (PDP).

Nwosu said the party was aiming to produce 75 per cent of the lawmakers both at the state and federal levels.

He stated that the lawmakers would make quality laws that will benefit Nigerians and not for the few.

Mr Kachikwu, the younger brother of Nigeria’s former Minister of State for Petroleum Resources, Ibe Kachikwu, was declared winner after polling 977 votes against his closest contender,Mr Moghalu.Mr Moghalu, the former deputy governor of the CBN, came second with 589 votes while Mr Monye came third with 339 votes. In his address to the delegates before the election, Mr Kachikwu said his emergence would be the end of the political careers of the flag bearers of the ruling All Progressives Congress (APC) and the main opposition Peoples Democratic Party (PDP) for the 2023 election. “I am here to offer myself to you not because I am better than anybody here, but because I care about the future of our country.

“I offer myself because God has given me the main recognition to stand side-by-side with Atiku, Tinubu and to send them into retirement,” he said at the event.With his loss, on Wednesday, Mr Moghalu may not be on the ballot for next year’s presidential election. As the Young Progressive Party (YPP) presidential candidate in 2019, Mr Moghalu scored 21,886 votes in the main election to secure the 14th position behind the winner, President Muhammadu Buhari of the APC. Apart from Messrs Moghalu and Monye, Mani Ibrahim, Angela Johnson, Joyce Nsaka, Chike Okogwu, Chichi Ojei, Favour Ayodele, Muhammed Lamido, Ify-George Oforkansi, and Ebiti Jegede also obtained the ADC presidential forms.