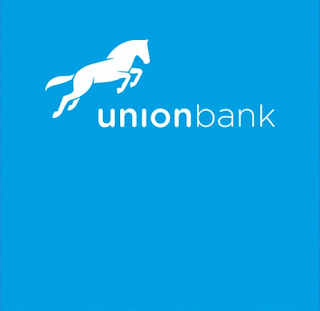 Report reaching us has indicated that there is big trouble in Union Bank of Nigeria Plc as top staff of the bank allegedly colluded with five-man fraud syndicates to defraud the bank a sum of N1, 626, 139, 795, 12 billion depositors’ money.

According to a report published by Celebrity Plus Online, the fraud syndicates, allegedly in connivance with some high ranking staff of the bank were said to be three Lebanese and two Nigerians, who have fled the country.

However, Union Bank is hoping to recover the loot and bring the fraudsters to book.To this end, they have approached the Force Criminal Investigation Department ForceCID, Alagbon-Ikoyi Lagos to report the matter.

The alleged fraudsters are, Sunil Kumar Hari Prasad; Voodi Sumaprakash and Dhanuka Sunil Kumar, all Lebanese and the dou of Ningle Kevin and Obiageli Inuwagle, who are Nigerians.Some staff of the bank who approved the loan are said to have been picked up and are currently answering questions from crack detectives of the FCID,Alagbon,Ikoyi,Lagos.

Meanwhile, the Police has filed a three-count charge against the alleged fraudsters.In the charge, the police alleged that the fraudsters and others now at large of conspiring among themselves to obtain the sum of N1, 626, 139, 795.12 billion, from Union Bank Plc by false pretence.

The alleged fraudsters were also accused of stealing the said amount from the bank.The offences according to the police are contrary to and punishable under sections 8(a), 1(a), (c) & 1(2)of the Advance Fee Fraud and other related offences Act, 2006.

Nevertheless, no date has been fixed for the arraignment of the alleged fraudsters, as the police told the court that they have fled the country and efforts to get them arrested and brought back to Nigeria is ongoing.