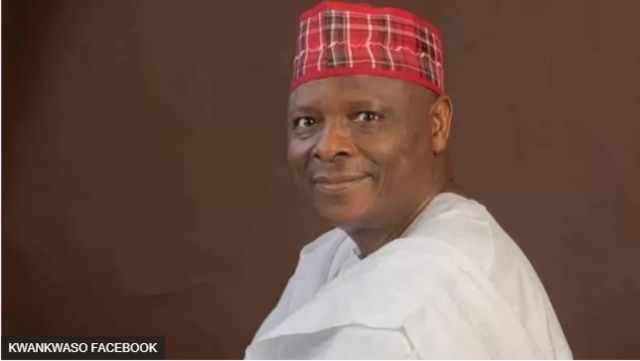 Some prominent members of the apex Yoruba socio-cultural organization, Afenifere have dissociated themselves from a statement made by one of the acclaimed leaders of the organization, Pa Ayo Adebanjo, when he endorsed the candidacy of Peter Obi of the Labour Party, as his preferred choice in the forthcoming presidential election.

Recall that Chief Adebanjo, a renowned member of the group had insisted that he’ll prefer that presidency be shifted to the southeast as his personal opinion. A strong faction of the group have however advised Nigerians that Pa Adebanjo is entitled to his opinion, but his assertion does not represent the collective interest of Afenifere as a group.

The Yoruba apex body, under the umbrella of Concerned Yoruba Socio-Cultural/Political Likeminds (New Afenifere) in a statement issued on  Thursday, September 29, 2022, maintained that Pa Adebanjo’s opinion does not represent the collective interest of the pro-federalist movement, while identifying with the candidacy of Engr, Rabiu Musa Kwankwaso, the candidate of the New Nigeria People's Party.

In the statement signed by the National Coordinator, Hon. Comrade Ajibade Adeyeye and the National Secretary Omooba Adewale Adebare, the New Afenifere called on Nigerians to see beyond social media promotions and sponsorships and look beyond tribal and religious interest, to support a candidate with a credible history of unification and religious freedom.

“We know for a fact that Baba has turned Afenifere into his personal estate as Acting Leader. We are also certain that there was nowhere Afenifere, as we know it, met and took a decision to adopt Mr. Peter Obi as our collective candidate for the 2023 presidential election".

“It is our well considered position that Pa Adebanjo cannot appropriate Afenifere. Baba is just an individual who is free to support any politician of his choice. As an individual, he cannot equate himself with the socio-cultural and socio-political organization.

"The Yoruba have a unique socio-political orientation and disposition; they are republican, egalitarian, deliberative, liberal and democratic.

"Members of our group, all over the world owe a profound emotional attachment to their apex socio-cultural organization, the Afenifere, and as such our sacred identity should not be desecrated on the whims, caprices and immediacies of self-vested interests.

"On the other hand, no person has a right to wake up and issue a far-reaching statement on behalf of Afenifere without consultations or a form of consensus."

Nevertheless, we have consulted widely and hereby express our belief in Rabiu Musa Kwankwaso’s presidential project and implore Nigerians to look beyond ethnic and religious sentiments and rally around his candidacy.

While our faction has looked beyond ethnic interest, we have considered the strengths, weaknesses, and imperfections of all the candidates who are on the ballot and have resolved, after wide and impartial consultation, that Engr Rabiu Musa Kwankwaso is the round peg that can fit the round hole in 2023.

His records are evidently accessible, as a two-term governor, a federal lawmaker, and a former Defense Minister. His administration recorded little to no case of religious or ethnic attacks and he remains the only governor who has allotted a 28 percent budget for Education as recommended by the United Nations.

“We are confident that his template and blueprint span beyond a religious and ethnic agenda and his framework to deal with insecurity is clearly achievable. We are however in talks with his team to ensure that the interests of Yorubas are taken on board and balanced with the interests of all other Nigerians."

The group added that its choice of a northern candidate as a Yoruba group points to the long-standing pastime of the movement, which existed as Action Group for several decades, as an all-embracing institution that puts credence, character, and content beyond tribe, religious or factional interest.