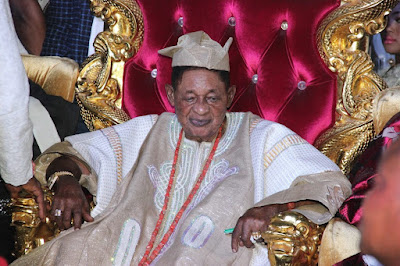 The Oyo Kingmakers (The Oyomesi) on Friday, September 16, 2022, dissociated itself from a statement credited to Basorun of Oyo that the Oyomesi has shortlisted 10 candidates after the interview for contestants ended on Thursday,15th September 2022.

It was reported by several online media that Basorun of Oyo claimed that the Oyomesi has shortlisted 10 candidates at the end of the interview. However, a large cross-section of the Oyomesi while reacting to the false press release by Basorun of Oyo said that they were not a party to such charade.According to four Oyomesi members who are not party to that charade, the so-called 10 shortlisted candidates was a mere unilateral decision of High Chief Yusuf Akinade Ayoola, the Basorun of Oyo and such an illegal decision does not represent the collective resolution of the Oyomesi and therefore will not stand.According to these four Oyomesi, Basorun of Oyo did this shortlisting on his own in connivance with his co-plotters who are not members of Oyomesi.“We the underlisted members of Oyomesi including all the stakeholders dissociate ourselves from this illegality.The four Oyomesi members pointed out that although they don’t have anything against the Bashorun, but the so-called 10 shortlisted candidates are mere wishful thinking of Basorun of Oyo as the said list of 10 shortlisted candidates does represent our collective decision.As members of Oyomesi, all we wanted is transparency and due process to be followed in the selection process for the new Alaafin. We also advised the Bashorun to retrace his steps and that he should not bastardize the age-long traditional process of selecting a new Alaafin in the ancient town of Oyo.