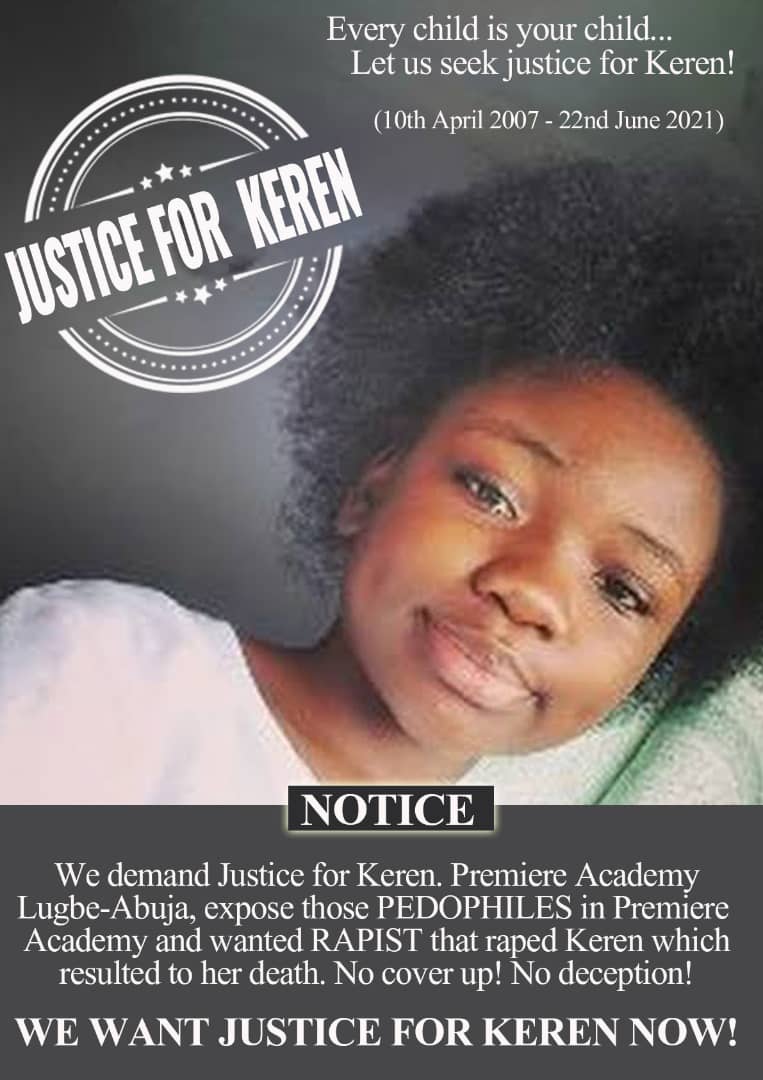 We humbly request for your presidential directive to Attorney General of the Federation and the Inspector General of Police to ensure Justice is done for keren.

Miss.Keren-Happuch Aondodoo Akpagher, a student of Premiere Academy Lugbe, Abuja died on 22nd of June 2021 after she was raped in Premiere Academy, Lugbe-Abuja. We understand that keren was raped and equally given an overdose of glucocorticoid which led to her death. We have clearly stated previously and have constantly maintained that anyone that played any role directly or indirectly in what caused the death of Keren Happuch Aondodoo Akpagher will be brought to justice. We shall bring them all to justice and firmly hold them adequately accountable.

Mr. President, we are pleased with your directive to AGF and the Police as officially released by your spokesperson and Media aid that you have directed the Police and the AGF to uphold intergrity in Hanifa Abubakar's case. We equally ask you to extend same fatherly concern to the case of Keren which is running into seven months now without any single arrest made till date. It's completely disheartening and massively too hard for keren's mother and family to cope with the unfavorable circumstances emanating from the emotional, physical, psychological and mental stress caused by consiquences of Justice delaid. The frustrating situation is truly instigating flames of call for Justice for Keren by Nigerians all over Nigeria. 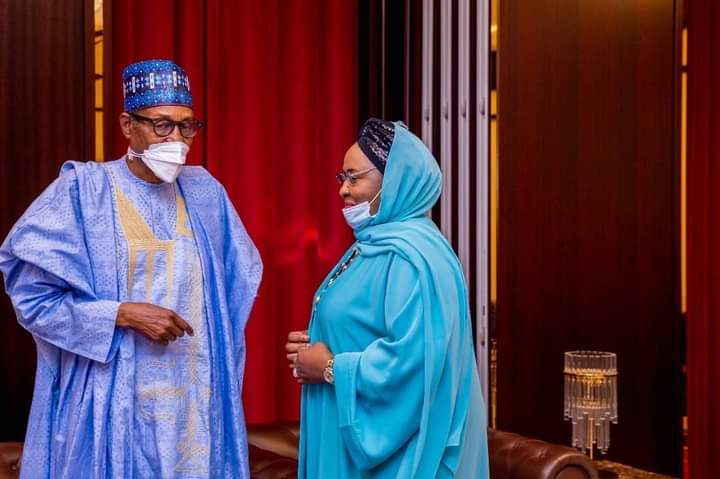 Mr. President, these are few questions

She wanted to be a Nurse

To achieve her dream, she came to Premiere Academy Lugbe-Abuja

Mr. President, we demand for Justice for Keren. We demand for your fatherly concern and intervention in ensuring that Keren gets Justice without further delay. In conclusion, We thank you in anticipation of your favourable response Mr. President. Be rest assured of our highest esteem.